Destroy All Monsters: The Awkward Moment When A Movie Star Stops Being One 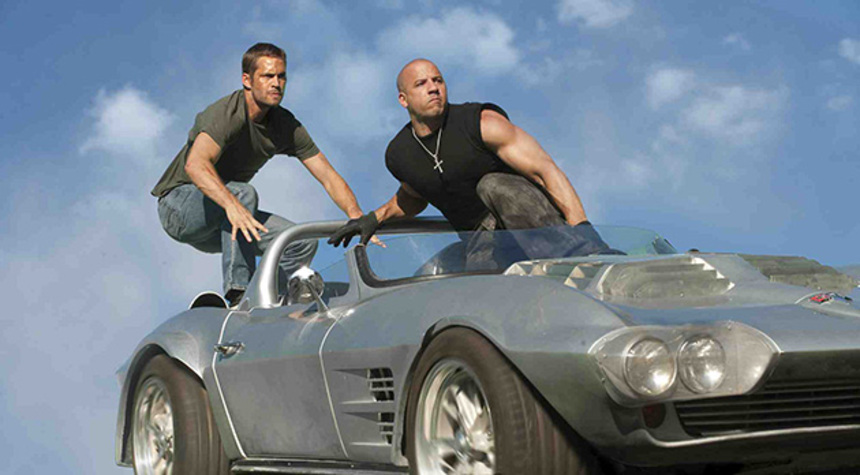 We need celebrities like medieval peasants needed kings and queens. Not to rule over us or impose taxes; but to offer us a tantalizingly distant glimpse into a glittering world wholly not our own, but of a piece with our own. The version of the universe where we won and everything's great.

Movie stars are the best possible version of this phenomenon, because in addition to offering those selfsame tantalizing glimpses, they get at us by way of a job description that specifically requires us to identify with them on some level or another - to project ourselves into their bodies for good or ill, and live a different life with them for two hours in the dark, and thereby wander away from our own troubles.

The on-screen persona and the off-screen personality are two sides of the same fantasy. On-screen Jennifer Lawrence is tough and skillful and moral and just; off-screen she's a sass-mouthed badass who is charmingly apathetic towards the rigours of proper celebrity behaviour.

Sometimes the two sides interfere with one another in detrimental ways. The Tourist isn't a great movie, but its largest problem is its star, Johnny Depp, whose wattage (off-screen) as a movie star so greatly overmatches his role (onscreen) as an everyman that his pairing with Angelina Jolie (the yang to his yin, at least in terms of celebrity otherworldliness) seems less like a longshot and more like two solitary members of an alien species, alone on a deserted planet, finding one another and making whoopee, i.e. of course they do.

But when it works, it transcends "work." Sandra Bullock is giving what might very well be the performance of her career in Gravity - and she is certainly a movie star, outside the film - but all of her exceptional technical finesse is in service of the core value proposition of movie stardom and big-screen cinema: she's up there in that space pod so that you don't have to be, but can be. When she rises like the statue of a goddess in the film's final frames, Alfonso Cuaron is on-point more than he knows: the person, the celebrity, the avatar and the idol, all unified as one being: us.

This process of identification with the stars on the screen provides perspective. I've disappeared into movie theatres on two or three of the worst days of my life, and if I didn't emerge with all my problems solved, I certainly came away with a somewhat more important reminder of the relative scope of things. Sometimes a good movie will refresh my psyche to the point where my problems reveal themselves as the trivial things they actually are. Sometimes the inherent triviality of a movie will point to the real-world weight of my issue at hand, and force me to take that big gulp.

And hey, sometimes this system doesn't work at all. They're only movies.

But in the meantime, if we spend enough time internally traveling the world(s) with our various movie stars, we inevitably begin to identify with them in some small, or large, way. This is the way the system is designed to work; this is why the "galaxy of stars" of Hollywood's Golden Age were so rigidly programmatic in terms of how they were allowed to look, who they were allowed to date, where they were allowed to be photographed. A movie star is a person in name only, because their entire role in our culture is to be something else: a brand, an archetype, a projection (literally). An incarnation of Us Up There, where "Up There" is the silver screen and the myriad worlds beyond it. A million iterations of, again, the universe where we won and everything's great.

And this, of course, is why the absolute worst thing a movie star can do to us is die.

An unexpected celebrity death is the greatest single betrayal of the entire system upon which movie stardom is based. This isn't the movie star's fault. The flaw is in various parts of the system; in the glittering fantasy that movie stardom rests upon in the first place, and in the essential fact that as a culture, we're just really, really, really bad at dealing with the fact that every single one of us really is going to really die. (Really.)

Whole industries are built around ignoring this fact even while the largest generation in our species' history is staring down the barrel of their imminent demise with no more solvency (or rather, perhaps less) on how to approach the issue than the average peasant living in 12th century France. It remains the most fundamental of human dilemmas, that uncanny idea - "I am here, and then one day, I will not be" - and perhaps we shouldn't be too hard on ourselves for failing to grapple with it effectively.

But as culture migrates into pop culture, and an artistic appraisal of the human condition dovetails into a more comfortable fantasy about heaven - in Hollywood or elsewhere - where such grave matters need not apply, we drift along in tranquil delirium until something ugly sticks up in the middle of the road to remind us that yes, shit happens. The universe - not without a readable sense of irony, apparently - knocks down our idols at roughly the same rate as it's knocking down the rest of us. It's only that, when it's one of the glittering people, we don't just notice because they're famous; our noticing disrupts our entire relationship with the concept of being famous.

And so half of us take to Facebook to describe how our lives are permanently changed by the loss of this person we've never met; and the other half of us take to Twitter to try our hand at amateur gallows snark. But it's all in service of the same thing: a temporary short-circuit in our terms and conditions for aspiration, escape, obsession and hope, our disbelief at which must be articulated somehow, even though we're probably not locating the source of our upset correctly. And so it goes.

Do you feel this content is inappropriate or infringes upon your rights? Click here to report it, or see our DMCA policy.
celebrityFast and FuriousPaul Walker