CALVARY: Watch The Trailer For John Michael McDonagh's Sundance Selected Follow Up To THE GUARD 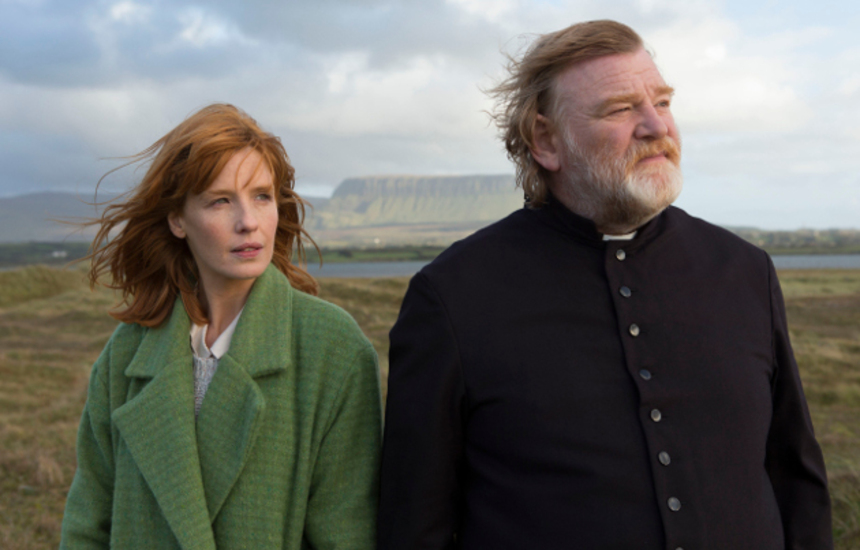 When writer-director John Michael McDonagh teamed up with star Brendan Gleeson for The Guard the result was a little bit of magic, one of the funniest black comedies I'd come across in quite some time bolstered by some truly remarkable performances and a fascinatingly flawed and fully fleshed out leading character. So the fact that McDonagh and Gleeson have re-teamed for Calvary while adding the likes of Chris O'Dowd and Dylan Moran into the mix? It does lead to very high expectations. Expectations which the brand new trailer seem to indicate will be met rather well, just fine, and perhaps I should raise them a little higher while I'm at it.

Calvary is a blackly comedic drama about a priest tormented by his community. Father James is a good man intent on making the world a better place. When his life is threatened one day during confession, he finds he has to battle the dark forces closing in around him.

Clearly a very different film than The Guard in both tone and content, Calvary is also very clearly the work of the same man and the film ranks right at the top of the list of film's I'm most looking forward to out of Sundance. Check the trailer below.

Do you feel this content is inappropriate or infringes upon your rights? Click here to report it, or see our DMCA policy.
brendan gleesoncalvarychris o'dowddylan moranjohn michael mcdonaghsundancethe guardtrailer