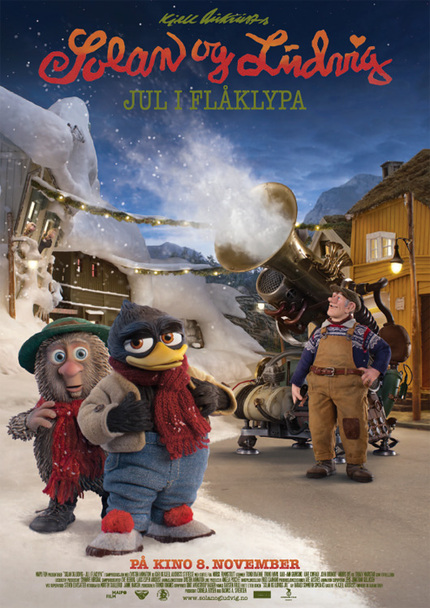 A stop motion hedgehog and magpie own the box office in Norway this week, where Rasmus Sivertsen's Solan And Ludvig: Christmas In Pinchcliffe has posted Norway's second best opening weekend in a decade. How strong was it? If you include paid previews, Solan And Ludvig sold one hundred and seventy four thousand tickets. Compare that to Iron Man 3, which had been the year's top opener until now with just under ninety nine thousand.

Sivertsen did have a slight leg up, however, in that his film is a return to the big screen of a pair of enormously popular characters based on the works of Kjell Aukrust - characters so popular that previous 1975 big screen adaptation Pinchcliffe Grand Prix was shown on the big screen somewhere in Norway every day for twenty eight consecutive years with the final tally being five and a half million tickets sold in a country with a total population of 4.9 million.

In the last decade only 2012 offering Kon-Tiki has opened bigger.

Do you feel this content is inappropriate or infringes upon your rights? Click here to report it, or see our DMCA policy.
box officenorwaysolan and ludvigsolan og ludvig