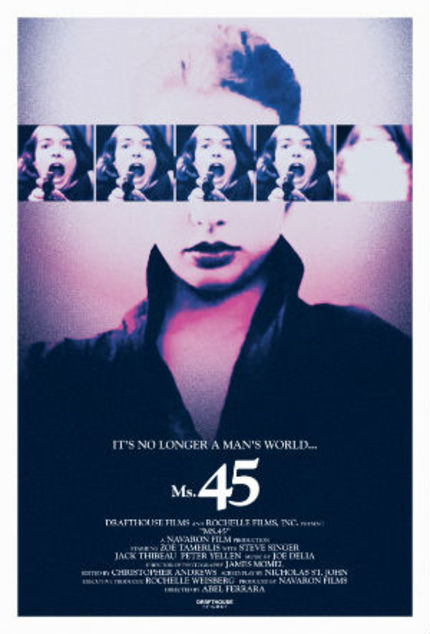 Abel Ferrara's grotty grindhouse classic Ms. 45 is returning to select theaters on December 13, ahead of its release to the home video market, all courtesy of Drafthouse Films.

To prime the pump, so to speak, a new trailer for the re-release has been prepared, edited by grindhouse aficionado Jason Eisener (Hobo With A Shotgun). As to the film itself: