We Have The First Trailer Of RUMMY, Featuring Tamil Breakout Star Vijay Sethupathi! 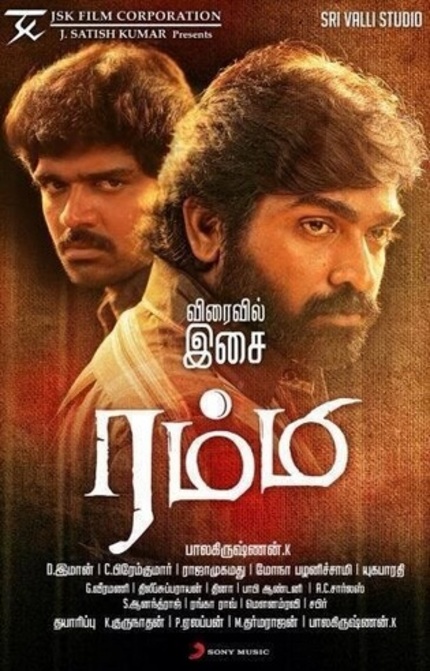 I haven't been covering a whole lot of Tamil films here lately, mostly because nothing really interesting has crossed my path. However, when a performer gets such unanimous praise as Vijay Sethupathi over a series of surprise box office hits, it's probably best to keep an ear out. Sethupathi's latest triumphs were the all-in-one-night horror comedy Pizza, and the kidnapping black comedy, Soodhu Kavvum, a film about which I heard fantastic things but was unable to review due to the lack of advertised subtitles at my local theater. However, the film held a screen in suburban Dallas for about a month, which is a feat normally reserved for big budget blockbusters. His latest is Rummy, and if this trailer is any indication, he may continue his streak.

Rummy has been called a "romantic-thriller" by some of the Tamil language press, a silly sounding genre to be sure. Fortunately, it isn't the genre or synopsis that is drawing me to the film, it's the talent and obvious skill both behind and in front of the camera. Sethupathi is being directed in Rummy by a newcomer named K. Balakrishnan. I can't find a word about the director or where he's come from, however, I love the visual style of the trailer and hope dearly that the film lands in US theaters with English subs.

Check out the trailer below and let me know what you think.