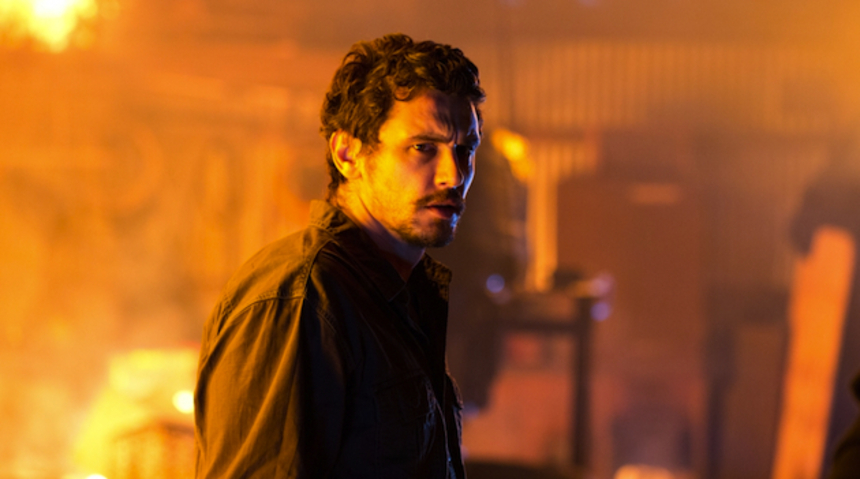 I'm sorry Jason Statham, but when your gravely-voiced tough guy type is put up against villains played by James Franco and Winona Ryder, well, buddy, you're automatically sent to second-tier status in your movie.

And the movie in question is Homefront. Sylvester Stallone wrote the script for his Expendables co-star, which focuses on an undercover cop (Statham) coming to a po-dunk town with a serious case of the 'Heisenburgs', I mean... it's got a big meth problem. Franco and Ryder are tasked by Frank Grillo's meth kingpin with bringing down the whoop-ass on Statham.

While the red-band trailer is pretty standard bang-boom fare, one can't argue with Franco's near Spring Breakers-level of horse-grinning, scene-chewing absurdity here.

Homefront releases in the U.S. on Thanksgiving.

Do you feel this content is inappropriate or infringes upon your rights? Click here to report it, or see our DMCA policy.
frank grillohomefrontjames francojason stathamsylvester stallonewinona ryder