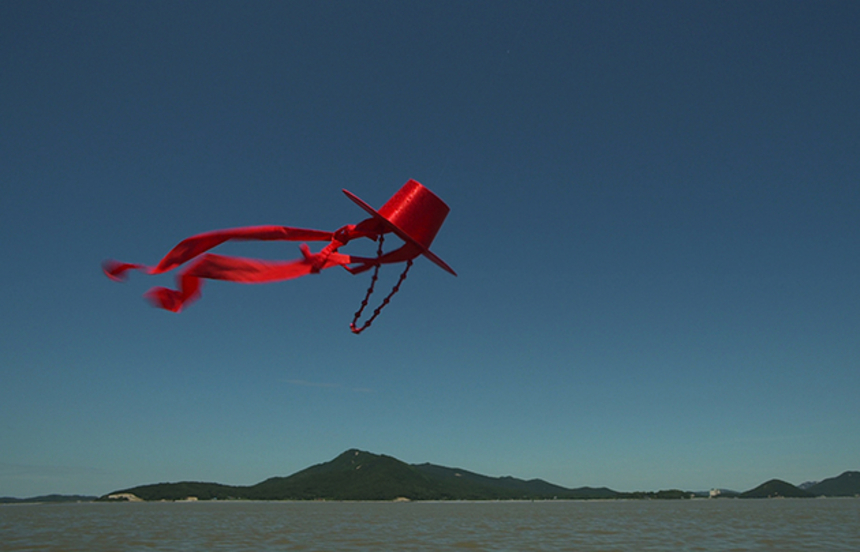 I've been a keen fan of Korean films for over a decade and have now spent about a year and a half living within the country's borders, yet, though I've been exposed to it many times, shamanism stubbornly remains a difficult part of the nation's heritage to get to grips with. Mystical and echoing an ancient way of life, it is not merely something that fallen in stature due to the ravages of time, it is a facet of Korean culture that requires a different way of thinking.

Though frequently featured in Korean films, its inclusion is less pedagogic than atmospheric, such as in Lee Jang-ho's artful road movie The Man with Three Coffins (1987), Lee Yong-joo's brilliant K-horror Possessed (2009) or the madcap Park Chan-wook/Park Chan-kyong short Night Fishing (2011). Park Chan-kyong has returned to the subject with Manshin: Ten Thousand Spirits, an in-depth look at the indigenous religious belief told through the prism of famed shaman Kim Keum-hwa's life story.

Much like the recent Korean documentary Non Fiction Diary, which picked up the Mecenat Award at this year's Busan International Film Festival, Park's work takes a very dynamic approach to documentary film. It does so chiefly by staging elaborate reconstructions that bring it much closer to the traditional realm of film. Talking heads also appear from time to time but more time is given to the staging of 'guts' (traditional shaman rituals), which are vividly brought to life through powerful sound and energetic editing.

Kim Keum-hwa appears in new as well as archival footage but in addition, three actresses play her in the extensive reconstructions. Playing her as a teenager with gusto is Kim Sae-ron, the famed child actress from The Man from Nowhere (2010). Ryou Hyoun-kyoung (Two Weddings and a Funeral) then plays her as a young woman while Moon So-ri (Oasis, 2002) steals the show, incarnating a middle-aged Kim as a confident shaman who is nevertheless hounded by the police, christians and the growing prejudice against her beliefs. Following a string a lackluster films this year (An Ethic Lesson, The Spy: Undercover Operation), Moon demonstrates once again that she is one of the most versatile and formidable actresses in Korean cinema. Her role isn't enormous, but she captures the real-life figure's developing resolve and entrenched tenacity to a tee.

I would be remiss to say that Manshin offers a digestible adumbration of shamanism but as a sensory document it provides a tangible taste for the atmosphere of the belief structure's rituals. Whereas Night Fishing offered a macabre look at the religion, what with tangled reanimated corpses, it only brushed the surface of shamanism in its hypnotic depiction of a 'gut' in its backhalf. That sequence seems to have served as a starting point for Park who has thrust himself into the unknown with this new feature. Whereas most depictions of shamanism on screen have been cursory, Park's realization is full blown, and by framing the topic through the device of a well-known, real life figure, the unfathomable is grounded to some extent. Though in no way does this resemble a typical biographical work. In this same vein, the film resembles Im Kwon-taek's little seen The Divine Bow (1979). The film features Yoon Jeong-hee (Poetry, 2010) as a retired shaman on an island and delves into her character's backstory. Once again, by framing the rituals in a biographical narrative (though in that case a fictional one I believe), Im's film was one of the clearest explorations of shamanism I've seen.

The ritual scenes, particularly as they seamlessly evolve from conversation into full-blown sensory feasts, are hypnotic, evocative and invigorating, and you may be surprised to find yourself moving along to the percussive beat. The subject is still difficult to grasp but perhaps there's no getting around that. What Park has done is to distill the essence of shamanism through one person's legacy and by utilizing the cinematic medium to its fullest potential in order to convey the unique mood of this vestige of an older part of Korean culture.

Much like his 2008 mid-length documentary Sindoan, Park has once again forged his own multi-faceted style of non-fiction filmmaking. A documentary with a difference and an entrancing sensory thrill, Manshin marks the younger Park sibling as a unique force of his own making.

Do you feel this content is inappropriate or infringes upon your rights? Click here to report it, or see our DMCA policy.
2013dmz docsdocumentarygutkoreakorean filmmanshinmoon so-ripark chan-kyongpark chan-wookshaman만신