The Mo Brothers Unleash Their KILLERS In Exclusive First Teaser 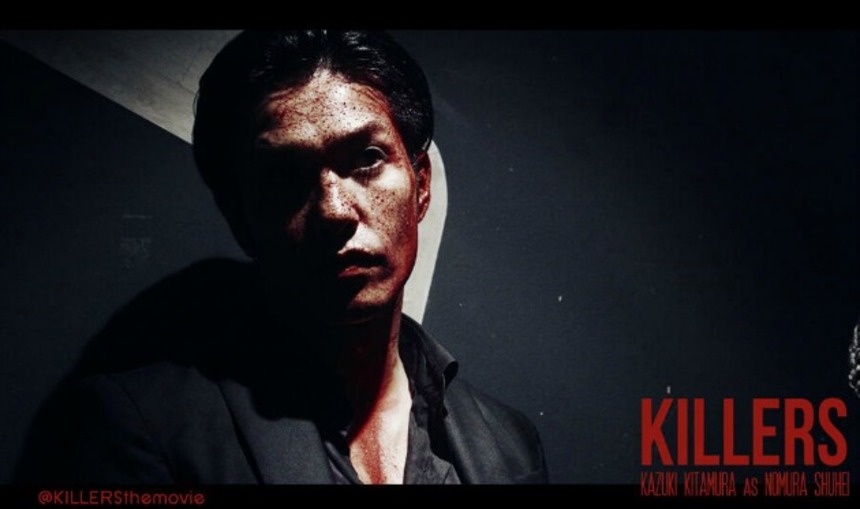 Having won international acclaim with their debut feature, Macabre (Rumah Dara in their native Indonesia), fans have been eagerly awaiting the next effort from Jakarta based directing duo The Mo Brothers. They've been busy in the time since, one half of the duo (Timo Tjahjanto) turning in a stomach churning segment of The ABCs Of Death and teaming up with The Raid director Gareth Evans for the Safe Haven segment of VHS 2, but things have been silent on the Mo Brothers proper front until now.

Tjahjanto and directing partner Kimo Stamboel teamed up with Japanese production house Nikkatsu, The Raid director Gareth Huw Evans' PT Merantau Films, and LA based XYZ Films (where, obligatory full disclosure, I am a partner) for their second effort and with Killers now wrapping up post production sights have turned to their upcoming Indonesian release. And after teasing out a few images over the previous months ScreenAnarchy is proud to debut the new poster art and brand new teaser trailer for the film.

A dark psychological look into the minds of two men with nothing in common: Nomura, a self-obsessed serial killer residing in Tokyo and Bayu, a failing journalist and a struggling father in Jakarta. Connected through violent incidents, both men inexplicably start to feed off each other. As their lives become more uncontrollable, each of them starts to journey into a maze of violent self discovery.

Do you feel this content is inappropriate or infringes upon your rights? Click here to report it, or see our DMCA policy.
gareth evanskillerskimo stamboelmo brothersthe raidtimo tjahjantotrailer

Looks great. Can't wait to see the film. The joint productions is genius and I'm happy to see Rin Takanashi again after "Like Someone In Love". Hope her career takes off even more.

J-Exploitation movie fans here, also Timo is my new favourite director since ABC of Death and Safe Haven, can't wait how Fucked-up this will be

"And after teasing out a few images over the previous months Twitch is proud to debut the new poster art and brand new teaser trailer for the film."

Looks pretty promising Mr Brown, hoping they have a great story as well, thanks.