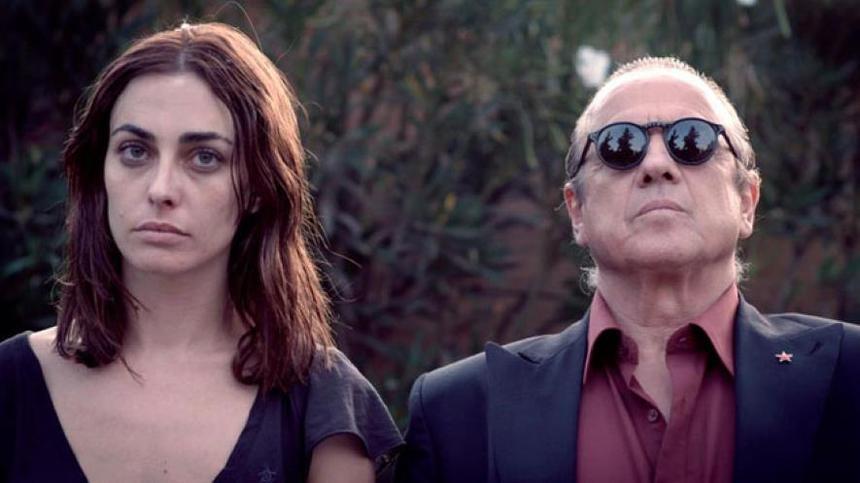 Ernesto Díaz Espinoza is a beloved figure on ScreenAnarchy. He even wrote a review here (while extremely drunk) of his own film Bring Me the Head of the Machine Gun Woman, which was the first of what he labelled LatinXploitation.

That was intended to be a trend or series of films that would take Latin American characters and put them under a B-movie focus, referencing the masters of yesterday, and at the same time trying to return to the Grindhouse days of film. Maknum Gonzalez is the second title under this label, and while not directed by him, he did produce it, and you can see the influence.

First time director George Vonknorring takes the reigns of this film, which was shot back to back with the first film of the LatinXploitation brand, and if you've seen both of them you can appreciate the references made to each other. They reuse some locations, as well as some characters that make the jump from one movie to the other (while some of the same actors play different characters), but they don't really work as two movies inserted in the same universe. To explain that would be going into spoiler material, but let's just say that the same character dies in both films (among the many other dead bodies present in this film).

This is a bloody and violent movie, filled with gunfire, punches, and even pool sticks up the ass. And while it doesn't have a singular visual style that makes its way into the plot (like the GTA-esque approach of Bring Me the Head of the Machine Gun Woman), yet, at the same time, that avoids any distractions that would make it veer away from what is actually important in the movie: the deconstruction of the character of Maknum, a mob agent (played by Mauricio Pesutic). Maknum works with his friend, Che Longana (played by a foulmouthed Jorge Alis), under the orders of the Boss (played masterfully by the senior Chilean actor Alejandro Sieveking).

Maknum has a falling out with his friend and boss, and so he ends up in jail, but his own love for a stripper makes him find the strength needed to escape and find vengeance against those who managed to put him inside. The film goes on from there, trying to rehabilitate his girlfriend (who has become, literally, a cock whore), and then finding out where Che Longana is, the man who betrayed him. It even manages to get emotional here and there, especially when we visit Longana's home and see his family, but that is all quickly forgotten when the bullets start to fly.

There's a dire and mournful ending here, akin to the one presented in the earlier Ernesto Díaz film, yet in the end I think that this movie is superior to the Díaz directed effort. I think mainly because the movie doesn't go off the rails from the gritty/bloody realism that it tries to achieve, I mean, we all know that Maknum wouldn't be able to get away with half the stuff he does here, but he's the hero. In Bring Me the Head of the Machine Gun Woman, there are far too many moments in which the suspension of disbelief is too much to ask for. Here we have almost a love story, filled with guns and blood, and I liked it for what it was.

Maknum Gonzalez TRAILER from Too Much Films on Vimeo.

Bring Me the Head of the Machine Gun Woman

More about Bring Me The Head Of The Machine Gun Woman