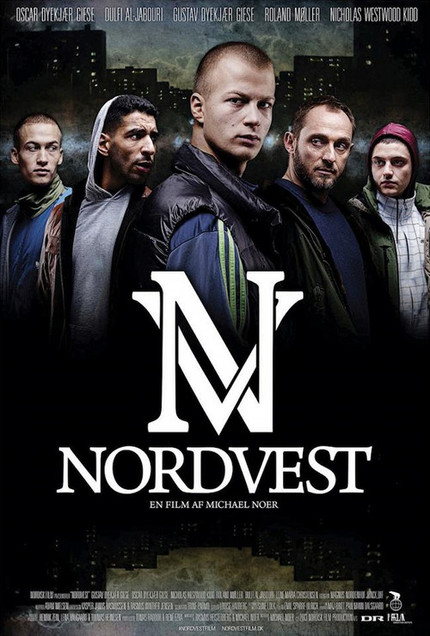 There's some new blood on the scene in Denmark, talented filmmakers making a mark in the local - and international - scene not by changing what Danish film is best known for so much as doing what it does so well within new contexts. By which I mean this. Denmark has long been known for embracing challenging social realism in their films and this new generation is not abandoning that in any way but following that same path into some new, darker territory.

The best known examples of this trend are Tobias Lindholm and Michael Noer, who in 2010 co-directed gritty prison drama R. Lindholm comes from something of a television oriented background, serving as a key writer on political drama Borgen (The Castle) and also wrote acclaimed drama The Hunt, which released in 2012 along with Lindholm's own solo directorial effort A Hijacking.

And Noer? He comes from a documentary background with films such as The Wild Hearts to his credit. R was Noer's narrative feature debut and he's back solo this year as well with his crime drama Northwest (Nordvest) having played to great response in Berlin.

Nordvest is one of the most impoverished multi-ethnic areas of Copenhagen. Living here with his mother, younger brother and little sister is 18-year-old Casper, who struggles to make ends meet based on selling stolen goods to one of the neighborhood pack leaders. When organized crime hits Nordvest, the hierarchy of the neighborhood shifts and Casper is offered a chance to climb the ranks. Soon he's hurled into a world of drugs, violence and prostitution and as things escalate his childhood playground becomes a battlefield. Consequently Casper finds himself and his family dead center in a conflict that threatens to destroy them.

The theatrical trailer for Noer's latest has just arrived and it's compelling stuff. Take a look below.