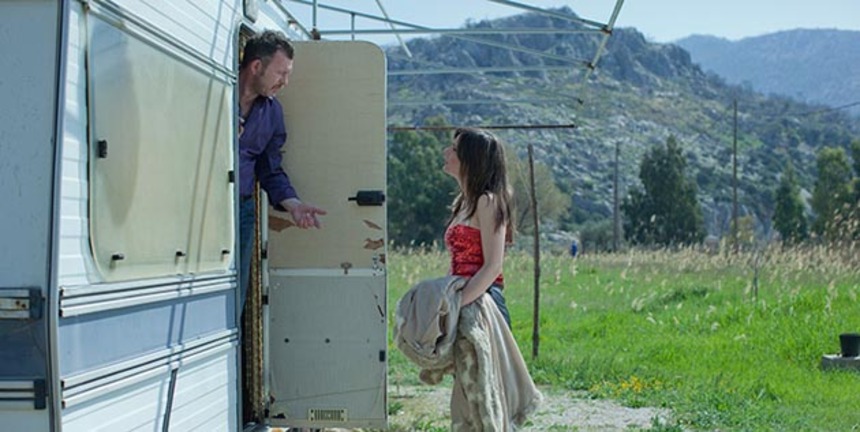 The Toronto International Film Fest is coming up like a speeding freight train and this year the festival's "City To City" program will focus on Athens, Greece. With a new wave of recent Greek films breaking through such as Dogtooth (review) Attenberg (reviews), now seems the perfect time to shine a spotlight on the films of the region.

One of the bright lights on the Christmas tree of new voices is Yorgos Servetas whose debut feature The Way Things Are Determined premiered at Thessaloniki in 2008. Servetas's follow-up Standing Aside, Watching will have its world premiere at this year's TIFF. A modern-day Greek thriller, ScreenAnarchy is lucky enough to bring you an exclusive first look at the trailer. Here's more on the film:

Antigone moves to a quiet town in search of an unassuming life, unaware of the silent violence that lurks underneath the peaceful surface. Soon, situations around her will force her to decide whether she should take action or stand aside and watch. Standing Aside, Watching is a meta-Western film about indifference, violence and involvement.