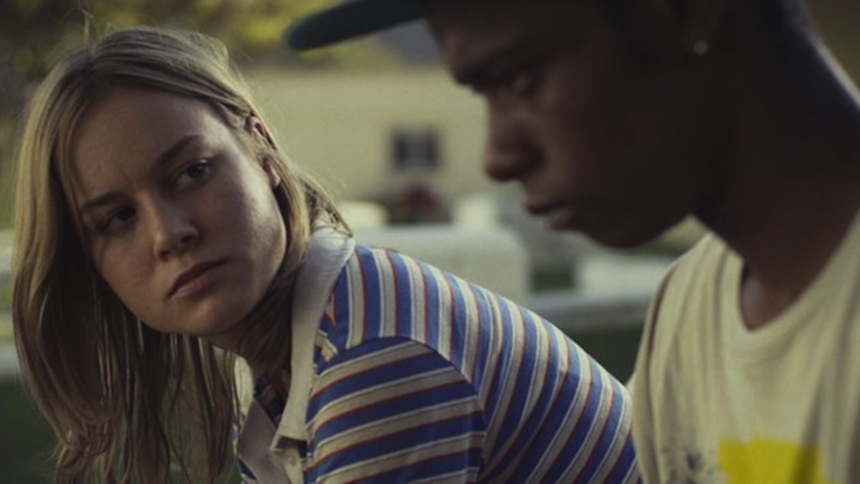 As someone who has spent much of his adult life working extensively with children and teenagers (from being a kindergarten aide to high school substitute, to a 1:1 aide at home and in school) I am always very wary going into films that deal with adult-child relationships that fall somewhat outside of domestic/parental roles.

My concern stems from the notion that the filmmakers are coming to the subject as an outsider; approaching the material as a cute novelty of cinema. Treating it as a sentimental or melodramatic trope rather than mining for an authentic experience of adolescence, as well as the trials of the adults who must endure and support this journey. There is only so much research or prep work that can be done to cultivate that authenticity, so knowing that director Destin Daniel Cretton worked in a short term foster care facility like the one in his film, put my mind largely at ease as I sat down to watch Short Term 12 -- an expansion of his 2008 short film of the same name and his second feature after last year's I Am Not A Hipster

Brie Larson stars as Grace, a twenty-something supervisor at a short term foster care facility in LA county. Life at short term 12 is anything but simple, with children of various ages and backgrounds learning to live together for what very well may be a short stay, or as it is for the older teenagers in residence like Marcus (Keith Stanfeild), a long stop before being released from the foster care system at age 18. The sense of community that Grace, her boyfriend Mason (John Gallagher Jr.) and their co-workers cultivate with these children is first and foremost one of order and respect, but there must be genuine love in this place for any of them to survive. Grace advocates for these children like few others around her can, as their stories of abandonment, loss and abuse, are, in fact her own.

Larson, who has up until this point been mostly known for supporting work in TV and film (from The United States Of Tara to 21 Jump Street) gives a performance that is as devastating and uplifting as any you're likely to see this year from an actress of her generation. It is safe to say that she has now arrived, and yet calling her an 'indie darling', an 'it girl', actually calling this her 'breakout performance' almost feels as if it will devalue and limit the conversation that can be had around the film itself and her work within.

The history of Grace's life is etched across her face, is in every pore. As she holds back in her ever deepening relationship with Mason, as she holds firm and strong in her work at short term 12, she is revealing so much inner turmoil and so much strength. The beat to break Grace's back, to cause it all to tumble on out, comes at the arrival of smart if troubled Jayden (Kaitlyn Dever).

This may be an odd parallel to draw (and is undoubtedly more obscure than not), but this resolute strength and pain shadow that Grace walks under reminded me very much of Nina Hoss's performance in Christian Petzold's film Barbara: a favorite of mine from last year. The age difference between Larson and Hoss is obvious, as are the contrasting settings (Barbara takes place in a rural pediatric hospital in the GDR), but there are fascinating reflections and mirrorings going on here. Both films show women who strive to do their very best in a system that in some measure has both harmed them and saved them. Both films show women facing themselves by taking on surrogate maternal roles.

Apart from what I feel are rather overly pat bookends to the film, that kind of resolve in Grace, and her desire to save Jayden from a destructive father, is palpable throughout the meat of Short Term 12. Cretton's quest for honesty in the moment means that the film also gets dark and messy. Lines between child and adult are blurred because there may in fact be no such lines at all.

Grace's struggle then is continuously shaped and informed by the children and teens around her. They are constant reminders of her own time in the foster care system, and her choice to give back, and in a way, stay in the muck. So while Grace is our heroine, the absolute core of the film, it's beating, pulsing heart, is in fact the children of short term 12. In his limited screen time, Stanfield as Marcus, the boy who is soon to depart the only true home he has ever known, commands our attention with his steady gaze, his consideration, his tender pain. All of the minor child actors are cast so well by Rich Delia, the frame ripples with lives that are equally brutal and silly and lovely and bright and growing.

The only contemporary filmmakers that come to my mind in how well and how gently they work with adolescents are Celine Schiamma (Tomboy) and Mia Hansen-Love (Goodbye First Love). I'm inclined to include Cretton now in this category and hope he considers working with children again, perhaps with one in the lead, because we need more filmmakers like him who understand with empathy, and barely a lick of nostalgia or schmaltz, the tumultuous state of being young.