Hey, NYC Or LA! You Could Win A SHORT TERM 12 Prize Pack 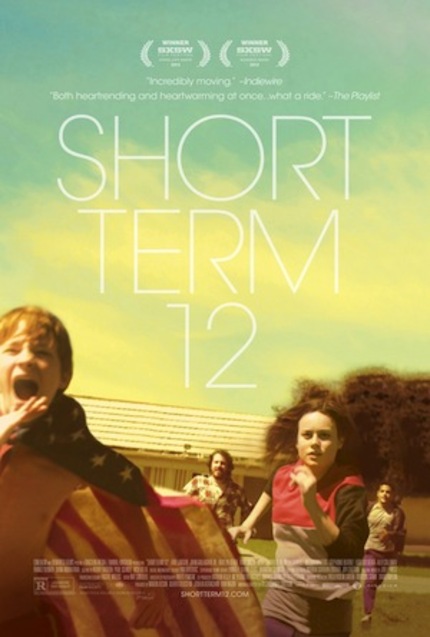 I can't speak for the rest of my ScreenAnarchy family, but I for one am a big fan of Destin Daniel Cretton's second feature Short Term 12. Over the year it has raked up a plethora of awards, both audience and jury, starting with SXSW. It's one of those life-affirming movies that isn't preachy or saccharine, but manages to hit home well and good. Brie Larson in the starring role as a foster care facility supervisor knocks it out of the park. Truly, it's one of those indies that is making it out there in a big way, which is always nice to see. If you want more on that front, here is my full review.

So while we have this prize pack to giveaway to one lucky winner, I hope the rest of you lot in the U.S. keep your eyes out for the film starting this Friday, August 23rd and in the weeks beyond.

Now about that prize pack and our numero uno winner. If you live in NYC or LA, you can enter to win a poster and two passes to the film playing at a Landmark theater in your respective city; passes that are good for August 26 - 29. All you have to do to enter is send me your name and mailing address under the subject line "ST 12 Tix" by Thursday/Friday, August 22/23, Midnight PST. The winner will get their tix Fed Exed to them in time for next week... how nifty.

Short Term 12 is told through the eyes of Grace (Brie Larson), a twenty-something supervisor at a facility for at-risk teenagers. Passionate and tough, Grace is a formidable caretaker of the kids in her charge - and in love with her long-term boyfriend and co-worker, Mason (John Gallagher Jr.). But Grace's own difficult past - and the surprising future that suddenly presents itself - throw her into unforeseen confusion, made all the sharper with the arrival of a new intake at the facility: a gifted but troubled teenage girl with whom Grace has a charged connection. While the subject matter is complex, this lovingly realized film finds truth - and humor - in unexpected places. The second feature from Destin Daniel Cretton (I Am Not a Hipster), Short Term 12 also stars Kaitlyn Dever (Bad Teacher), Rami Malek (The Master), and Keith Stanfield.

Do you feel this content is inappropriate or infringes upon your rights? Click here to report it, or see our DMCA policy.
brie larsondestin daniel crettonindie filmmakingshort term 12sxsw