Review: LOVELACE, When A Bio-Pic Is Hard To Swallow 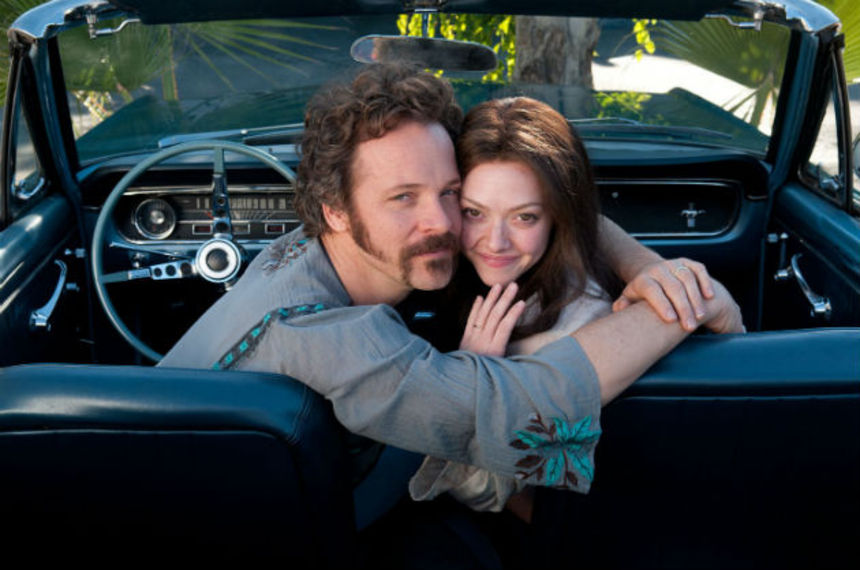 Hot on the heels of the sexual revolution, 1972's pornographic breakout hit Deep Throat brought conservative America to its proverbial knees, raking in millions and turning its lead actress, Linda Lovelace, into a bona-fide star.

In Lovelace, actress Amanda Seyfried does an admirable job of portraying Linda Susan Boreman (her pre-Lovelace name), a clenched and repressed young woman, cowed by a religious mother and ineffective father (played by an unrecognizable Sharon Stone and Terminator 2: Judgment Day's Robert Patrick), who finds herself when she chooses to go-go dance for a roller rink band. 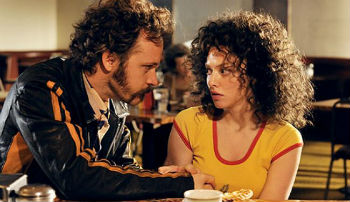 After the film becomes an unexpected hit, crossing boundaries and almost immediately becoming pop culture history, Linda and Chuck are soon hob-nobbing with girlie-mag mogul Hugh Hefner and Hollywood figures like Sammy Davis Jr., who, according to Lovelace's book Ordeal, not only had an affair with her, but wanted to "learn how to do that too."

It's pretty rote from there, as Lovelace becomes something closer to a Lifetime Network film with nipples and wife beating. Scenes are revisited in the film, supposedly revealing how they really went down, one showing Mr. Hefner informing Linda that "life is about to imitate art" at a private Deep Throat screening, etc etc.

Let's look even closer at the source material now. According to legend, the publisher required Linda to take a polygraph test to ensure the validity of some of her more outlandish claims, things like having guns trained on her off-screen, being forced to have sex with animals, and more. When Lovelace retired and became a housewife and born again hardcore Christian, she did the talk show circuit -- I can still remember seeing her on Donahue, which is re-enacted in the film -- and made a small mint off the sales.

I don't think you can have it both ways, decrying your old career, especially if it was forced upon you, while simultaneously (and graphically) going into what happened to sell units. Like I said, I've read the book and it's as lurid as anything she did on film. It's still pornography in its approach, and I have a hard time, er, swallowing it as untainted truth. Sorry. 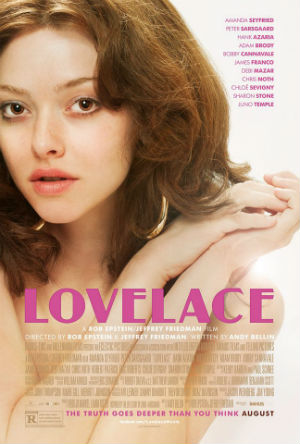 My problem with Lovelace as a bio film is the incredible amount of historical inaccuracy. On one hand, Lovelace professes to want to tell it how it really was, while on the other shying away from mentioning the famous names Linda associated with during her heyday, many of them icons, who remain living today. Sorry, respectfully, I don't think you can have it both ways, and I found it a little chicken shit to not name more names.

I absolutely believe she was beaten by her asshole of an ex, but I am not buying she was a Pollyanna ruined by some evil, dildo-wielding Darth Vader like this film asks us to believe. Apparently Harry Reems has voiced his displeasure as well, having not been consulted on the facts other than the filmmakers taking old interviews out of context.

That said, I still call bullshit on this supposed reality-based docudrama. One of the tells is that during the end title cards, where we get a where-are-they-now series of updates, they conveniently leave out the fact that Miss Lovelace returned to making pornography after the release of Ordeal.

That said, is Lovelace an entertaining film? I'd say yes, but it is also a dangerous shifting of what really happened. Directors Rob Epstein and Jeffrey Friedman (the team behind another "bio" pic, Howl, as well as the documentary The Celluloid Closet) and screenwriter Andy Bellin have cherrypicked events to their liking. It's sad when facets of the truth are left out. Personally, I feel it is a disservice to the overall cautionary message.

Review originally published, in slightly different form, during the Sundance Film Festival in January 2013. Lovelace opens in limited release in the U.S. on Friday, August 9, and will also be available to watch via various Video On Demand platforms. It will roll out across the country in the following weeks. Visit the official site for more information.