Review: I GIVE IT A YEAR, Romantic Comedy Brashly Turned On Its Ear 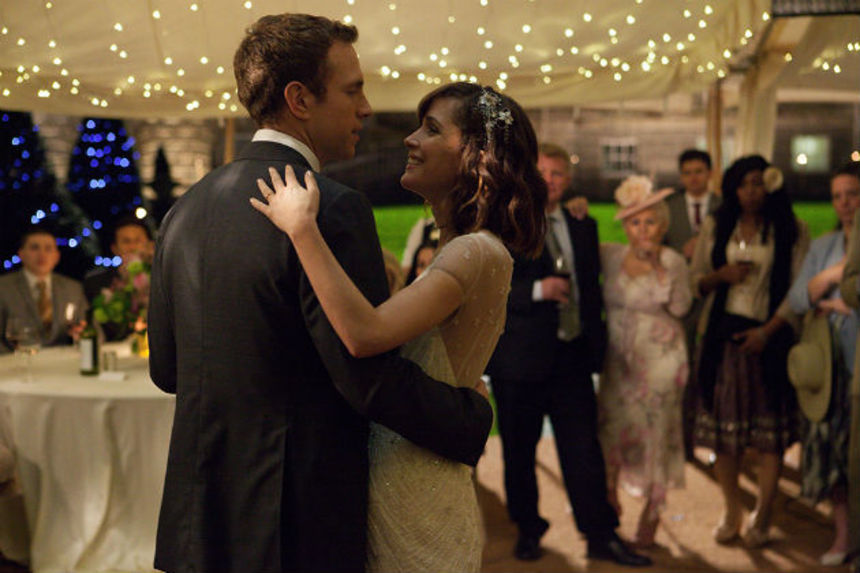 Effortlessly emerging from an ocean of belabored romantic comedies, I Give It A Year is a breath of fresh air; it's brash, witty, and insightful.

On paper, Dan Mazer's script sounds stereotypical and schematic: a couple rush into marriage, experience romantic tributions, and are tempted toward infidelity by others. In execution, however, Mazer's directorial debut is dextrous and surprising, swiftly introducing tropes and then, just as quickly, taking the piss out of them.

Rose Byrne and Rafe Spall play the couple in question, named Nat and Josh, respectively. She's a marketing consultant, he's a writer. They're both fit, attractive, and in their thirties, anxious to settle down and get on with their lives. They marry after seven months of courtship, but within nine months they're seeing a marriage counselor.

That's not a spoiler, by the way: it all happens within the first 10 minutes of the movie, which includes the titular line of dialogue, spoken by Nat's pessismistic friend Naomi (Minnie Driver), who appears to be ragingly unhappy in her marriage to the hapless Hugh (Jason Flemyng), at the marriage of the initially happy couple. Further context is provided by the other members of Nat and Josh's small circle of close friends: Danny (Stephen Merchant), Josh's best mate, is hilariously, if unintentionally, crude and rude; Chloe (Anna Faris), Josh's ex-girlfriend, is insecure and awkward.

"Awkward" and "unintentional" definitely applies to the interactions between the characters, especially in the case of Nat and Josh. Soon after their marriage, endearing traits become irritating habits, and all the social lubrication in the world cannot stem the rising tide of resentment that begins to rise between them. They are equal opportunity offenders, each registering their discontent in silent grumbling expressed through facial reactions. 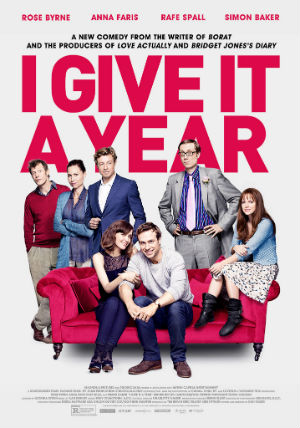 It's a sign of the film's quality that it gets more varied and delightful mileage out of those physical reactions -- from the entire cast, delivered with nuanced subtlety -- then most other romantic comedies get from profane jokes and clumsy slapstick. Not that I Give It A Year is by any measure prudish; it's filled with obscenities and bawdy humor and even quick snatches of male frontal nudity.

What sets it apart, though, is the tone, best described as dignified and proper only on the surface. Much of the time, the characters say and do things as upper-class manners dictate, with respect and restraint, yet frustrations and anger burble throughout and occasionally erupt, only to quickly and appropriate subside.

The performances by the entire cast, including Simon Baker as an American businessman with an eye on Nat, are spot-on, straight down to the smaller roles. As much as I love Rose Byrne's work here, and the comedic brilliance of Anna Faris, it's Stephen Merchant who gets things off on the right foot, and then returns from time to time to very funny effect, right through to the end credits.

It's all marvelously orchestrated by Dan Mazer, making I Give It A Year a wonderfully pleasant and refreshing comedy, with just a touch of authentic romantic drama.

The film opens today, Friday, August 9, in selected theaters in the U.S., and is also available to watch via various Video On Demand platforms. Visit the official site for more information.

I Give It a Year