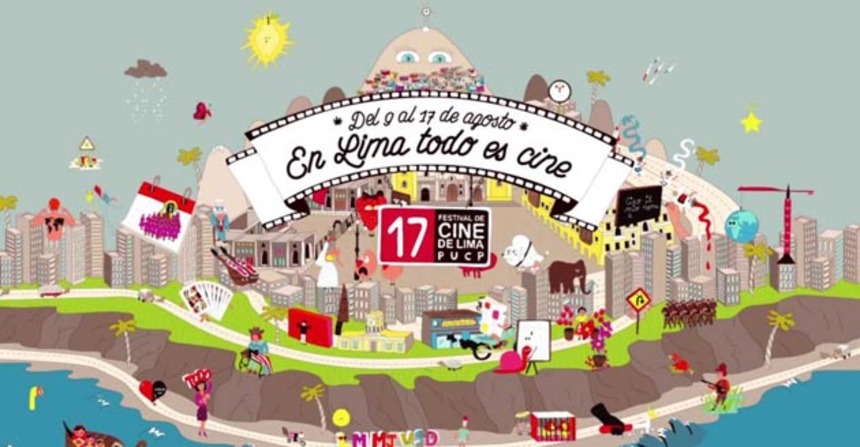 The Lima Film Festival is the grandfather of local film fests. It has become a prime showcase for the best films from Latin America and is an event no local movie buff worth his or her salt can ignore.

The fest just recently wrapped up its 17th edition, held from 9 to 17 August. One of the biggest highlights this year was having Alexander Payne as a special guest, who surprised everyone with his massive love of films and his immaculate Spanish, asking everyone to refer to him as "Alejandro." Included in a retrospective of his career was a special one-off screening of his latest, Nebraska, which is already gaining some end-of-year awards buzz, particularly for Bruce Dern's performance; sadly, it was by invitation only. Joining Payne as honorees were Brazilian actress Gloria Pires and 91 year-old Élide Brero, somewhat of a legend in local acting circles.

The competition was divided into 18 Fiction films and 12 Documentaries. Argentina and Mexico have always had a strong presence at the Festival, and this year was no exception. The former had Thesis From a Homicide, the latest thriller starring Ricardo Darín (who has become a fixture at the event over the years) and the interesting Wakolda from Lucía Puenzo, a story about a family in the Patagonia regions taking in an exiled Josef Mengele after WWII. The latter, meanwhile, took home the Best Film Award with Amat Escalante's searing look at the Mexican drug trade, Heli.

Among other highlights: Paraguay, a country not normally known for its film industry, made a rare and worthy appearance with the high-energy action film 7 Boxes. Chile, whose films are usually pleasant surprises, was well represented by Sebastian Lelio's Gloria, about a middle-aged, independent woman embarking on a new relationship. Paulina Garcia won the Best Actress Award for portraying an unforgettable character, a free-spirited woman who is definitely not the grandmotherly type.

Uruguay also scored a hit with Ana Guevara and Leticia Jorge's Tanta Agua ("So Much Water"), a simple, effective coming-of-age story where a hapless father attempts to bond with his young children during an ill-fated and rain-soaked vacation. It's a modest film, poignant and funny in equal measure.

Peruvian cinema had one of its strongest years: Javier Corcuera's Sigo Siendo, a journey through the country's culture through its vibrant and varied music, won the Best Documentary Award in a field which included notable films such as Jose Luis García's La Chica del Sur, about political activist Lim Sukyung, whom the director met during a visit to Pyongang in 1989; and Shaul Schwartz's Narco Cultura, a look at drug trafficking as a peculiar model of fame and success for Latinos in America.

Meanwhile, three local films had their debuts: Rossana Diaz Costa's romantic drama Trip To Timbuktu, Gonzalo Benavente's period musical comedy Rocanrol '68 and Eduardo Mendoza's El Evangelio de La Carne; heavily influenced by Alejandro Gonzalez Iñarritu's Amores Perros, the film is made up of three crisscrossing stories involving a desperate cop with a sick wife, a former alcoholic who finds religion, and a member of a barra brava (our own version of soccer hooliganism) struggling to keep his younger brother out of prison. All three received positive notices, with Evangelio winning the Audience Award. 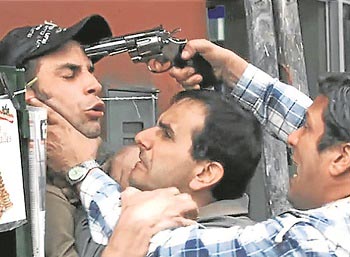 Aside from the competitions, the Festival also included retrospectives on French actress Sandrine Bonnaire and Serbian director Goran Paskaljevic; a two-day seminar with noted author and film historian Peter Biskind; and a small sampling of American indie films, including Harmony Korine's Spring Breakers and Behn Zeitlin's Beasts of The Southern Wild, whose release has been postponed time and time again since last year.

Other film festivals have appeared in the last few years, but the Lima Film Festival will always remain as the most important event in the annual film calendar, a chance to discover new films and take a well-deserved break from the multiplex.

Do you feel this content is inappropriate or infringes upon your rights? Click here to report it, or see our DMCA policy.
festival dispatchfestival wrapHeliLima Film Festival