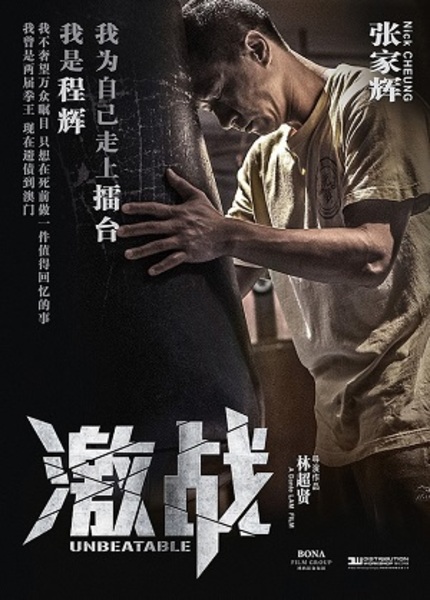 Thanks to our friends at Magnum Films, we have FIVE double passes to give away for Unbeatable, the new MMA action drama from one of Hong Kong's most consistent action directors - Dante Lam.
Unbeatable stars a very muscular Nick Cheung, who has starred in two of Lam's best films, Beast Stalker and Stool Pigeon, and Taiwanese actor Eddie Peng. Early buzz for the film is excellent, and it won Cheung the Best Actor Award and his 10-year old co-star Crystal Lee Best Actress at the recent Shanghai International Film Festival.
For a chance to win one of the double passes, all you have to do is to follow these two steps:
1) Like the Magnum Film Facebook page, and
2) Email your name and postal address to me at: hugo[at]screenanarchy.com
Unbeatable will be opening in Australian cinemas on August 22. The competition will close at 3pm on August 20 -- Good luck!
Sign-In to Vote
Tweet 0 Submit

Any idea what theatres in Australia. I live in Canberra.

Hi Paul,
I have checked with the distributors. Unbeatable will not be screened in Canberra. Looks like the usual 5 cities of Sydney, Brisbane, Melbourne, Perth and Adelaide.