Destroy All Monsters: Hollywood And Ben Affleck Don't Owe You A Damn Thing 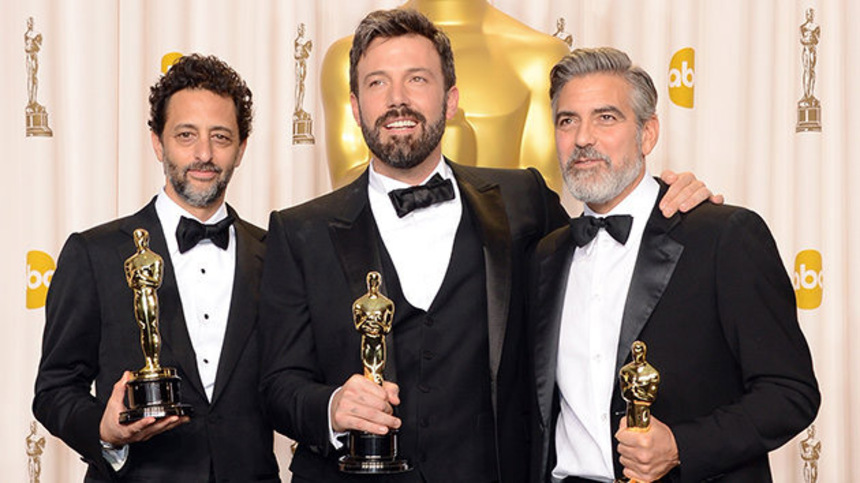 Look, I was as surprised as anyone else when the Batffleck (note proper spelling, please) casting came down last week . This wasn't because of any presumption on my part about whether Ben Affleck was "right for the role" of Batman (whatever that means) in the Superman vs. Batman project. My surprise was simply because Affleck had spent so much of the last five years credibly demonstrating that he was well past this sort of thing. To analogize him to his closest Hollywood comparison, it was like seeing George Clooney (former Batman, and Affleck's Argo producer), five years after Out of Sight and with Batman & Robin finally low enough in his filmography to stop drawing attention to itself, announcing that he was going to play Wolverine in X-Men 3. It's not that I think Affleck can't do it - but heavens, why would he want to?

Affleck's a smart guy, and has become a smart filmmaker and a relatively big wheel at the cracker factory. The Guardian is reporting that his Batman deal comes with (of course) sequel commitments and a further shot at directing the Justice League movie, which he was rumoured to be circling a while back. Maybe Affleck's just getting into the mega-franchise business like everybody else, because let's face it: that's the center of what Hollywood does now. At least there's an honesty to it.

Ben Affleck's Achilles' Heel remains, not unlike Quentin Tarantino, his interest in himself as an actor. Affleck's best (directed) film to date remains his first, Gone Baby Gone, where he absented himself from the picture entirely and just made the damn thing. But there's a whiff of the old, Paycheck-era Affleck vanity in the director casting himself in the lead roles of both The Town and Argo, both of which (I'd argue) would be manifestly better movies if he'd found someone else to star.

I'm not engaging in more of the proverbial Affleck-bashing here; this is just my honest critical response to those two films, and you're welcome to disagree. I like Affleck fine in a lot of his roles, and not just those directed by Kevin Smith. But independent of the Batman decision, I think it's long past time for Affleck to give up on his dream of becoming the next... well, George Clooney. Who, on an unrelated note, is the only actor ever cast as Batman where I don't remember a massive fan uproar following the announcement.

Naturally, the response to the Batffleck decision was far more interesting than the decision itself. (About forty jokes on Twitter along the lines of: "NSA bugging, meh; Affleck Batman, THE WORLD IS ENDING!" sum it up. You've always got my back, Twitter.) What was even more amazing was the mob mentality that quickly set in. It was like watching the self-feeding fire from Backdraft build itself up: at some point, the Affleck hate-on ran out of oxygen, but just kept getting meaner, waiting for someone to open the door.

All of which leads me to remind the outraged masses of the lesson that apparently needs to be reiterated at least once a year: Hollywood (as an industry), and Ben Affleck (as a person), do not give a fuck about you or your opinion. At all. And here's why:

Thing #1. The first and most important reason you and your opinion don't matter is that you're going to buy their product anyway. Yes, you are. If less than 94% of all the people who have whined about Batffleck online in the last 6 days go to see Superman vs. Batman in 22 months, I will hand every person who reads this column a shiny dollar.

This is because the "fanboy" sector of the overall movie fanbase is, in general, astonishingly hypocritical pre-sold on the property Hollywood is selling you.

What this means is: like Man of Steel, you may not like Superman vs. Batman when it comes out, but you're going to go see it. You might not see it a second time or recommend it to your friends - which might result in a box office dropoff not unlike the cliff off which MOS nosedived in its second week - but you're going to go see it. Some of you will hate-watch it, some of you will give it an honest try, but I reassert that 94% of the people who are currently insisting loudly that Ben Affleck is some sort of dealbreaker from them are simply lying.

There are no dealbreakers in this game, not really. And even if there were...

Thing #2: Even if the entire fanboy fanbase stood up and successfully boycotted Superman vs. Batman, the overall dent on Warner Brothers' recoup on the project would be a rounding error in an otherwise gargantuan ocean of profitability. What is an ocean but a multitude of drops, you ask? Well, it's still an ocean, and one which does not much feel the absence of a handful of drops.

And that's what the fanboy fanbase amounts to, regardless of how loudly they like to yell on the internet: a teensy, tiny, largely insignificant component of an overall moviegoing public who are a) Hollywood's main consumer base, and b) not like you, in that they don't have an opinion on who should be playing Batman. They just like Batman.

Remember that: they just like Batman. When there is a poster and a trailer in early 2015 that says "Blank Blank Batman," they're in. The "Superman vs." won't matter, the "Ben Affleck starring in" won't play, the "from the director of Sucker Punch" will not stop anyone at the door. "Blank Blank Batman" - the perfect Hollywood marketing strategy, for the overwhelming majority of the summer moviegoing public.

(No, it's not infallible. If you noticeably dim the brand for a film or two, eventually you get Batman & Robin. But coming off a four hundred and fifty million dollar domestic gross on The Dark Knight Rises, that time is not coming soon.)

If the fanbase is useful for anything from a Hollywood perspective - and that's debatable - it's simply to serve as a free arsenal of marketing Borg, a drone army of social media connectors who will generously assimilate the online world with chatter about the property in the months and weeks leading up to release. Since all press is good press, whether or not the chatter is pro- or anti- Superman vs. Batman is largely academic, just like the tone of the chatter about Sharknado did nothing besides propel a good candidate for the worst film of all time to some kind of 2013 cultural relevance.

So by all means, keep yelling about Ben. When my dad emailed me last week to ask what all the fuss was about, you officially put Superman vs. Batman on his radar for the first time, along with a whole lot of other people's. The marketing campaign has begun.

Do you feel this content is inappropriate or infringes upon your rights? Click here to report it, or see our DMCA policy.
batmanben affleckdestroy all monsterssuperman