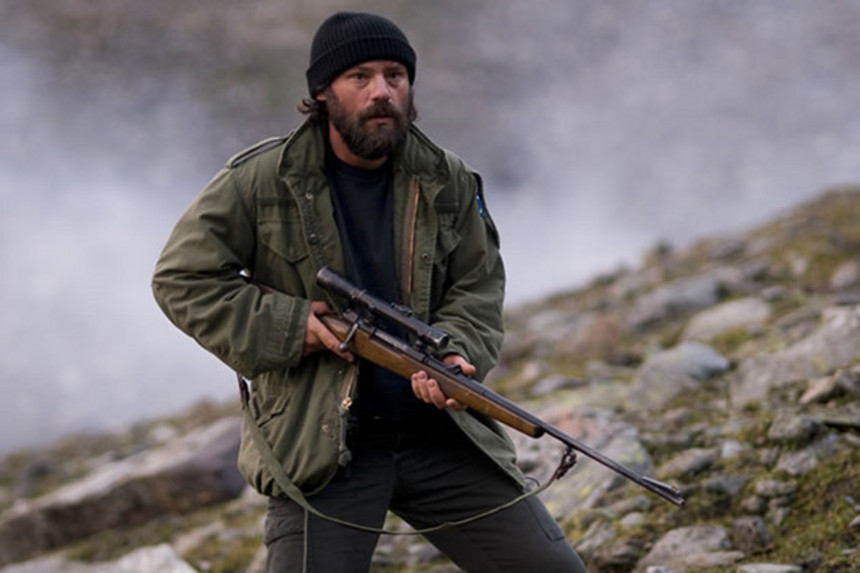 Janek is a technician on a climate observation station high up in the Alps. He is a loner, the regularly changing scientists who share the rocky idyll with him are just tolerated by him. Making things more difficult is the approaching visit of the environment minister, which brings rivalries at the station to the boil.

So everyone involved is grateful when their barren routine is interrupted by a strange discovery. A red liquid pours from a nearby glacier, melted free from the ice crust shrinking with climate change. This "glacier blood" turns out to be a very special juice, with unimagined effects on the local animals.

Soon Janek has his hands full defending himself and the station against a growing horde of monstrosities: biological ones lurking outside, human ones inside. And as if all that wasn't already dangerous enough, his heart also threatens to break: among the minister's entourage is Tanja, who is the only one who knows the reason for Janek's self-chosen isolation...

The first trailer for this one has arrived, with English subtitles included. Check it out below and let us know what you thing. An heir to The Thing throne or just a pretender?

Do you feel this content is inappropriate or infringes upon your rights? Click here to report it, or see our DMCA policy.
glaziusmarvin krenmidnight madnessrammbockthe stationtrailer

"Check it out below and let us know what you thing. An heir to The Thing throne or just a pretender?"

Looks entertaining, Mr Brown, wether or not it´s a heir is harder to say, but it does look good, thanks for the trailer.

Why is it called THE STATION? I like the original title's literal translation BLOOD-GLACIER better!

The Station is somewhat of a lame title. And I'm not sure if the movie is helped by the comparisons with The Thing. It's an altogether different breed IMHO.

Looks like one of those shameless copycat productions by The Asylum, albeit with better production values. Not only is this a total rip-off of The Thing, but they obviously also thought it would be "cool" to throw the tagline from Aline in the trailer.