THE WORLD'S END Pub Crawl Arrives At The Trusty Servant

With Edgar Wright's The World's End soon to be upon us all, there's a virtual pub crawl happening with ScreenAnarchy happily hosting stop number six: The Trusty Servant. You'll find the Trusty Servant artwork below (you can click to enlarge should the mood take you) while the artwork for previous stops can be found at Coming Soon, JoBlo, Screen Crush, Crave Online and SlashFilm.

20 years after attempting an epic pub crawl, five childhood friends reunite when one of them becomes hellbent on trying the drinking marathon again. They are convinced to stage an encore by mate Gary King (Simon Pegg), a 40-year-old man trapped at the cigarette end of his teens, who drags his reluctant pals to their hometown and once again attempts to reach the fabled pub - The World's End. As they attempt to reconcile the past and present, they realize the real struggle is for the future, not just theirs but humankind's. Reaching The World's End is the least of their worries.

[If you're attending San Diego Comic-Con this year, check out The World's End panel in Hall H on Friday, July 19th with Simon Pegg, Nick Frost and Edgar Wright.  Follow @TheGoldenMileCC to collect 12 limited edition Golden Mile trading cards, as featured in the online scavenger hunt, for a chance to screen The World's End after the panel. Like the official The World's End Facebook page to find the upcoming bar signs.] 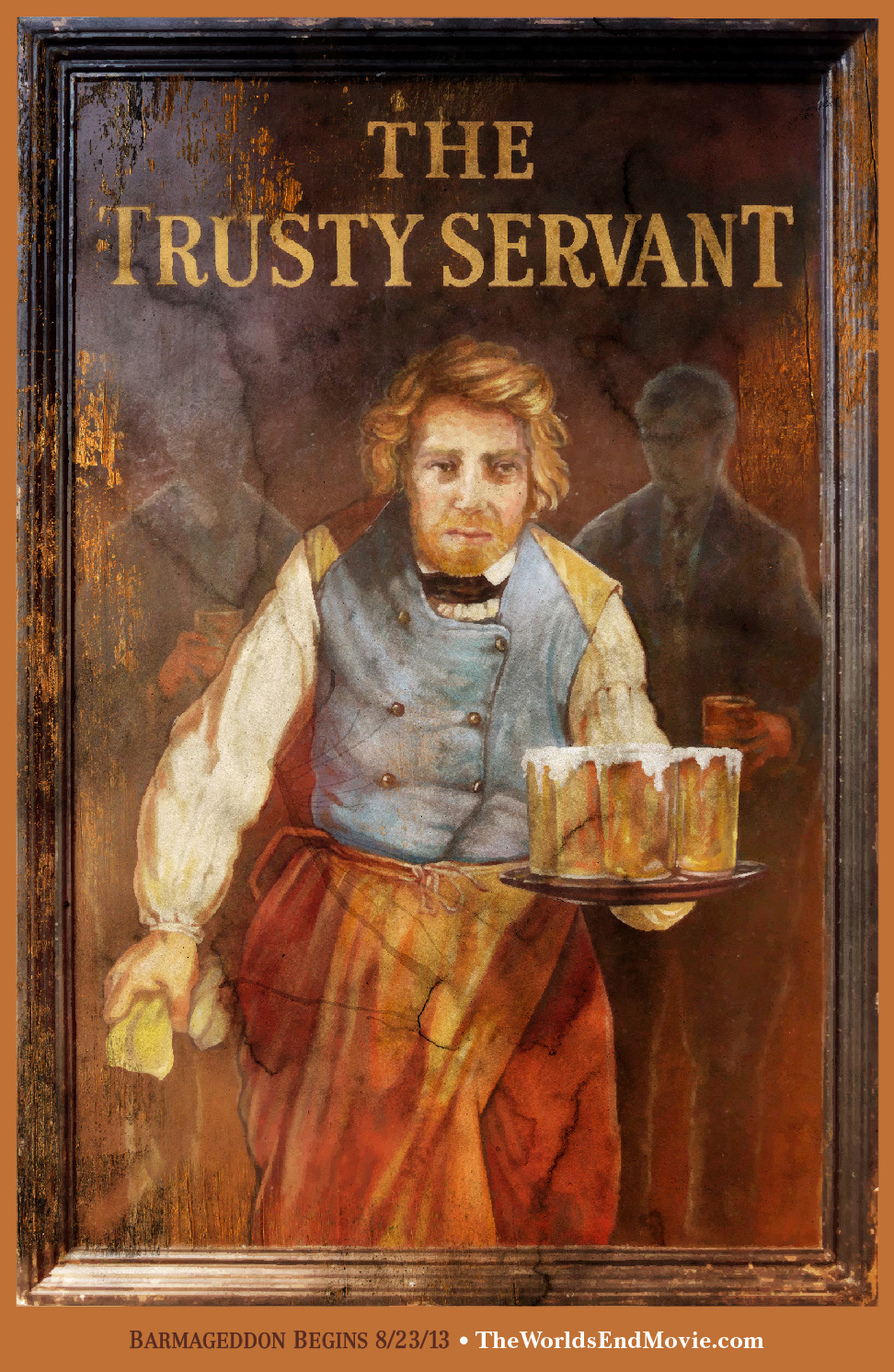 Do you feel this content is inappropriate or infringes upon your rights? Click here to report it, or see our DMCA policy.
edgar wrightnick frostsimon peggthe world's end