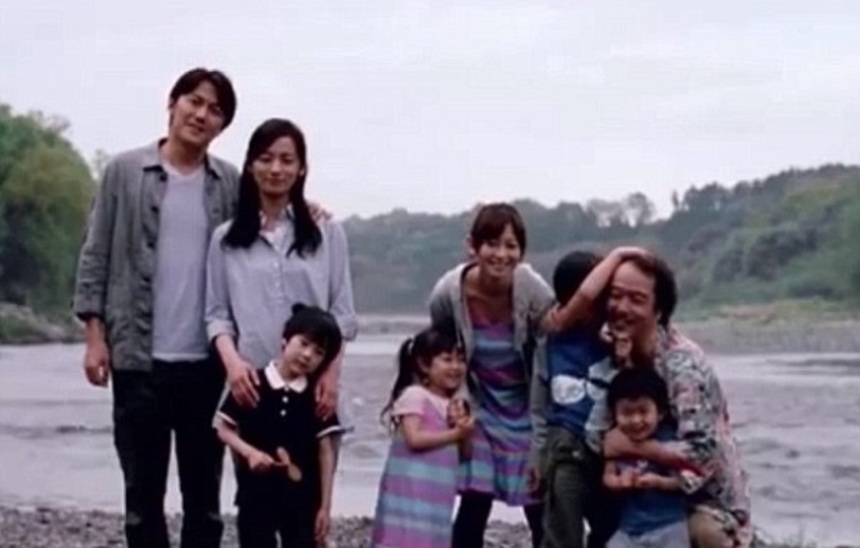 Welcome to my coverage of the Melbourne International Film Festival. I aim to bring you daily updates over the next 17 days of the definitive films that certainly got my attention, as well as links to past ScreenAnarchy reviews to ensure you have all the information you need regarding your MIFF picks. Check out ScreenAnarchy for the previous four day dispatches.

Today started after class and a particularly grueling day and alas it was to be just one film; I took the sure-bet Kore-eda's latest Like Father Like Son, which played wonderfully at Cannes and has not had a single negative review yet. No regrets there.
Like Father Like Son is about a very busy rich, arrogant father Ryota (Masaharu Fukuyama) who simply is not there for his child Keita as much as he should be. This is a common scenario the world over, particularly in Japan, the workaholic nation, but that is neither here nor there. His loving wife Midori (Machiko Ono) is the full-time maternal type and they raise and love Keita as best they can in their luxury apartment block.

Further afield, another family cares for their kids (three of them), a seemingly dead-beat unemployed goof dad Yudai (Franky Lily) lazes about and childishly plays with them while his wife Yukari (Yoko Maki), who does work, happily accepts this position.

All is not well, but it is not bad either, it is just really complicated. Both families are involved in a child swap, an incident that exchanged two of the boys during birth as both Keita and Ryusei belong to the other family. Complications escalate when stubborn Ryota takes a dislike to the lifestyle of the other family, and despite his disdain with Keita's current success in school and on piano recital, he fights to take custody of both children.
The characters in the film are full of history and values that translate so naturally on the screen. They are not caricatures, they do not have an agenda, they are simply human beings and as a viewer you get where they are coming from. In particular, Midori gives an aching performance as a wife full of conflict between her biological son and her current one. Past this she is also not happy in her marriage with Ryota. Although she has settled on him, you can feel her frustration and sadness come through at times. Franky Lily also gives an excellent performance as a man that is full of wisdom; Yudai is older than Ryota and although he acts the fool he ensures his family does not want, and installs them with positive values and good vibes.

Like Father Like Son moves extremely well, like the lovely piano that chimes in throughout proceedings. It is a perfectly paced, extremely well observed affair, the type of societal study that Kore-eda has mastered. He effortlessly links each character using basically no plot convention, the characters and their purity speak for the entire film. Things proceed in a non-dramatic way and yet there is so much charged emotion and conflict embedded. Much like Still Walking and I Wish Kore-eda simply reads between the lines and life just happens and it is a faultless thing to behold.


Tomorrow I have a full day of films! Here are some reviews we already have of some films I will not be covering.

Kathy takes a look at Karachi set These Birds Walk.

De Palma on a mediocre day is still more interesting than most filmmakers at their best, and, despite all the ways it fell short, I still saw Passion twice in one week and enjoyed it immensely each time. If nothing else, its certainly entertaining enough to suggest that fans shouldn't write off the modern master of stylish suspense just yet.

Tomorrow: all of the films - what did What Richard Did, Alone (Three Sisters), then later just A Touch Of Sin (with Jia Zhang-ke in attendance!)