A Short But Sweet Talk With Johnnie To About DRUG WAR 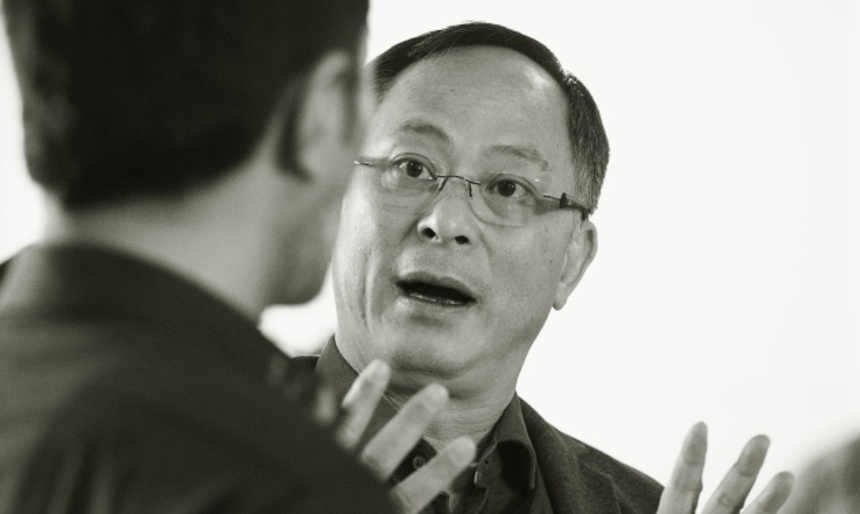 Last week, the famous Hong Kong director Johnnie To visited Toronto at the invitation of TIFF, to participate in the A Century of Chinese Cinema programme running at TIFF Bell Lightbox. One of the films shown there was his new thriller Drug War, which gets a theatrical release In North America this week.

Peter van der Lugt and I were allowed a few minutes to talk with the man himself, by way of phone. In the past, we sometimes managed to stretch a few minutes into a full half hour but alas, Mr. To was on too tight a schedule for our regular shenanigans to succeed. Therefore our meeting was sweet but brief -- literally only a few minutes. Still, we managed to make him laugh at least once! Read on...


ScreenAnarchy: One of the most noticeable aspects about DRUG WAR is that it's a contemporary action thriller, shot on the Chinese Mainland. How did that come about? Did you have an opportunity to shoot on the Mainland and decided to do an action film, or did you already have a script you wanted to film in Mainland China?

Johnnie To: No, the opportunity came first. I had shot in Mainland China before, scenes for other films. When we [ed: Mr. To and producer Wai Ka-Fai] knew we were going to shoot a whole film there in its entirety, we thought what kind of film it should be. I wanted to take a risk, to see if we could make an action film there. So we decided on Drug War.

You managed to make DRUG WAR quite violent. How did you do that with the current strict rules for filmmaking in place? 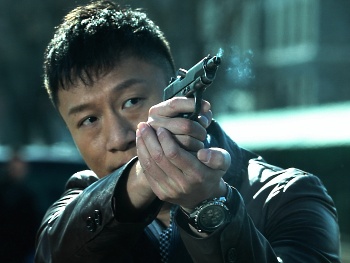 When we got the opportunity to film this in mainland China we were very aware of the rules. We did look carefully in advance for what would resonate in the local market, and what would be allowed. We took precautions, making sure we could adapt if the authorities, or the Censor Board, judged a certain scene to be too controversial.

Mind you, maybe I was lucky, maybe it was the right time. We indeed got a lot approved, I cannot say for certain that we would be so successful another time.

You are well known for your excellent use of locations, like Macau in EXILED. What made you decide to use the city of Tianjin for DRUG WAR?

The reason we chose specifically the city of Tianjin is because it has an old quarter, which is an original setting. I wanted the villains and the police to meet in an old quarter. It has a nice contrast between the new city and the old city.

Do you think you managed to capture the spirit of the place?

When we started shooting footage in Tianjin I didn't know the city very well yet. I did when we were finished, though! But I wasn't making a portrait of Tianjin. In the film we call the city Jin-Hai, which is a fictional city. This is the way it often works in Chinese action films: you change the name of the place, be it a building, a street, or a city, so the crime story isn't taking place in an 'actual' location.

What I did like about Tianjin is that it is a big city in the North, very different from the harbors in the South of China, and I wanted to show that contrast as well.

We're getting a time-warning so this is the last question: you are very popular at ScreenAnarchy, and last week we published an article about us hoping someone would give you a hundred million US dollars to make a movie with. What kind of film would you make with that budget?

What, with one hundred million dollars? [chuckles]
For that amount of money I wouldn't make a film, I would start a new movie studio in Hong Kong! [we all laugh]

But if it had to be a film? Many Hollywood blockbusters have a budget like that these days, so we wondered...

Well... no. I would never, ever, make a single film with that sort of budget. I would make plenty of smaller ones. Maybe a hundred!


And that, unfortunately, was all we had time for. Many thanks go to Emma Griffiths and Jonathan Campbell for their help in arranging the interview. And a special thank-you goes to Bettie Xie, who was the interpreter. Because without her, it would have been a VERY short interview indeed.

Drug War will be released theatrically by Well Go USA and Variance Films on the 26th of July in New York City, with selected cities to follow.

All pictures in this article courtesy of Variance Films. 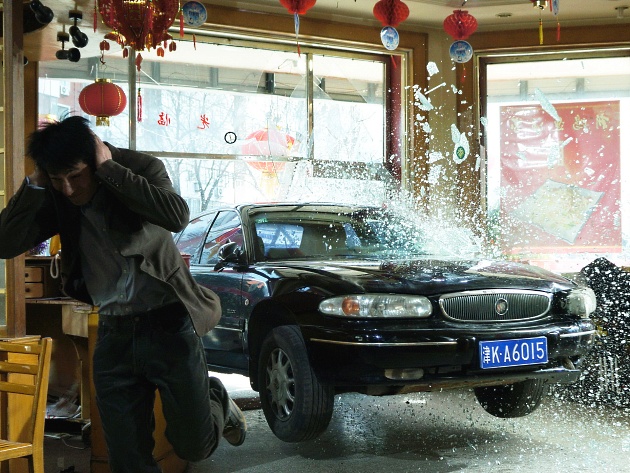