Ard Vijn
Editor, Europe; Rotterdam, The Netherlands (@ardvark23)
Tweet Post Submit
We all know the phenomenon: there are movies out there that we'd love to see, but do not get their financing sorted. Some directors are just not lucky enough, some seem to be cursed (cough-Gilliam-cough), but sometimes directors just aren't considered to be "hot" or "marketable" enough to place a big financial risk on. So what I want to explore in this article is the following:

What if some bored billionaire philanthropist just picks up his mobile, calls a director he likes and says:

Which directors would I want this to happen to? Well, me of course, if my holiday home-movies count...

But here are a dozen others. Some are experienced, some are as yet unproven, some actually have worked with similar budgets before (but under restraints...), and some probably do not even know what a big pile of money LOOKS like. 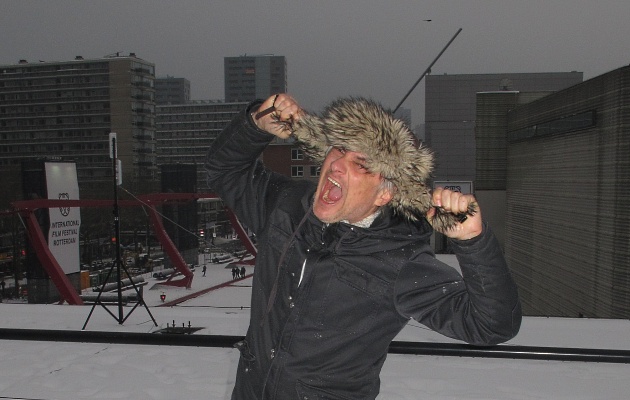 This year we finally got (or, for most people, still get) to see Frankenstein's Army, and while that film sure was entertaining, it hardly scraped the surface of Richard's design prowess. Having seen some of his more elaborate design sketches, I start to salivate when I think what he could do with all possible financial troubles out of the way.

With this kind of budget secured, would Richard Raaphorst join the ranks of great visionary filmmakers, or would he be forgotten with a nasty clunker on his resume? I'd love to find out... 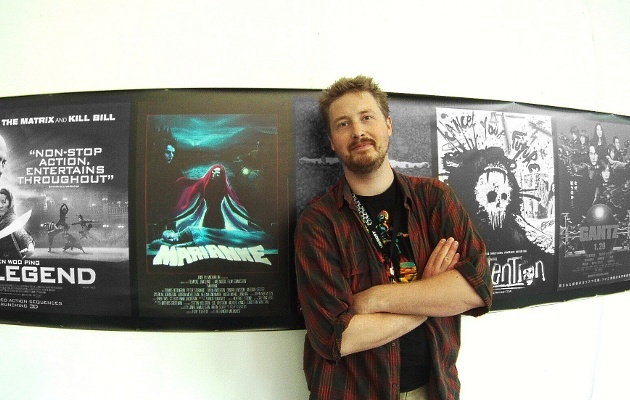 For those who claim piracy doesn't do any harm, here is a not-so-nice counter-example. Marianne is a beautiful film, which works fine both as a thriller and as a domestic drama. It got positive reviews aplenty upon its initial festival run back in 2011, but when a pirated copy made its way on the Internet prior to its international release, the film became instantly unsellable, breaking its director financially in the process. Which is unfortunate, as I want to see more of his films, not less.

So for his next film, I do not want Filip Tegstedt to have any money worries whatsoever, except maybe what to spend it on. Okay? 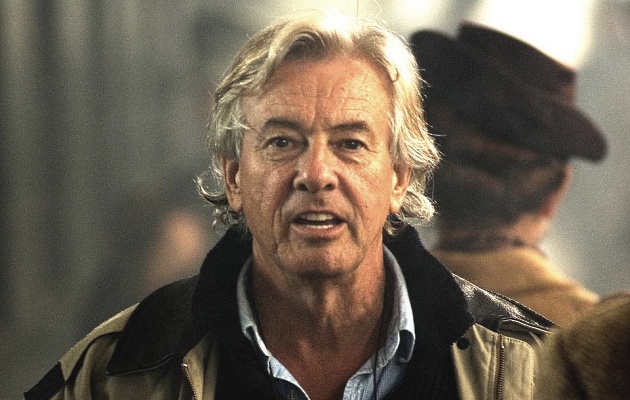 Our Dutch "dark knight" has in the past juggled a few big budgets, and every time he would be working under some weird restrictions or in a genre he has no fondness for (he actually hates science fiction, believe it or not). Last year he finished a crowd-funded crowd-created film, but his more ambitious projects keep falling apart over financing. And Paul Verhoeven gets on a bit in years -- he'll be 75 this month -- so it would be nice to hear him firmly attached to a big project.

What if this mad genius would be allowed to go nuts with just his own preferences and a hundred million bucks? What dark fantasies, what adult content would be unlocked when there is no fear for an X-rating? If only... 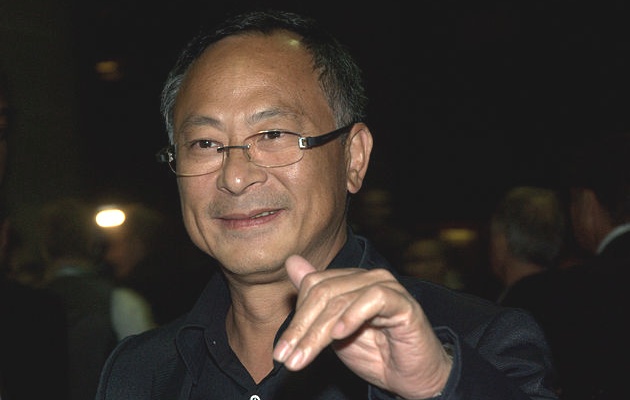 In 2009 we had most of the ScreenAnarchy writers listing their favorite directors, and to everyone's surprise Johnnie To was the name which came up most often. This was just after the release of Election, Election 2 and Exiled, three gobsmackingly excellent films, all directed by him mostly within the same year. Even though his more recent output has been a bit hit-or-miss at times, he is quite possibly the most accomplished director on this list.

Johnnie To has hinted at a possible retirement in a few years. If his recent Drug War showed something, it's that he still has it in him to shine a few times more. I'd love to see him epically kick ass with a giant-sized budget! 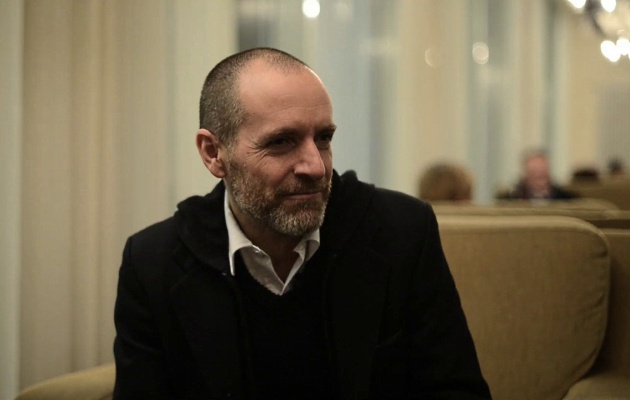 I saw Stingray Sam at the IMAGINE Festival in Amsterdam, where it nearly won the audience award (it was beaten by Let the Right One In by only the tiniest of margins). One thing became immediately apparent: director Cory McAbee is able to make incredibly entertaining cinema on an incredibly tiny budget. When people start to clap and sing along with the music DURING the film, you know something special is being achieved. That's talent!

I just can't fathom what Cory McAbee would do with a big budget. I just can't. But I'm sure it would be ever so much fun to find out... 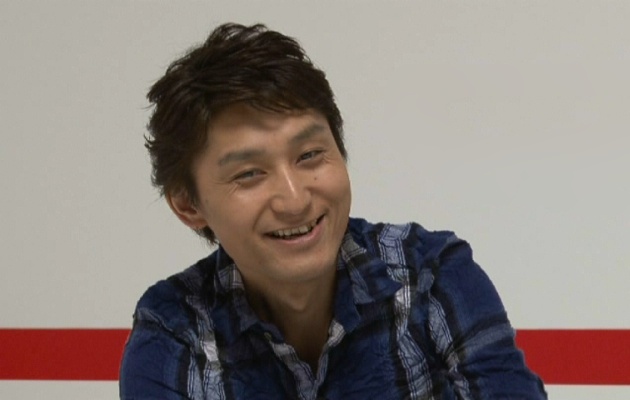 My favorite film I saw in 2011 was Redline, the gleefully insane racing anime written by Ishii Katsuhito and directed by Koike Takeshi. But good though it was, Redline took seven years to animate and never had a hope in hell of recooping its cost.

So... can I have a few more of these if I just fork over the money? 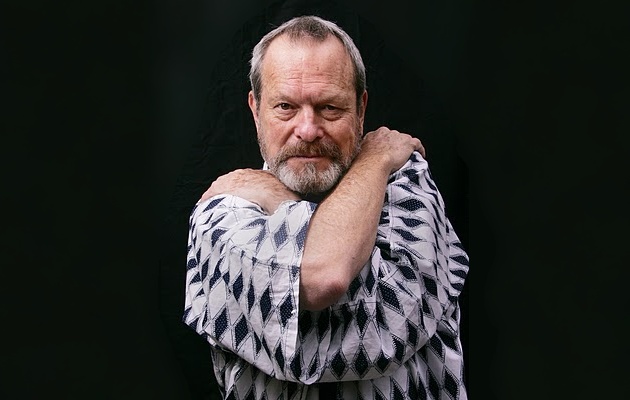 You saw this one coming, didn't you? It doesn't matter if he makes a masterpiece, a flawed masterpiece or a very flawed masterpiece, Terry Gilliam shows time and time again he is one of the strongest visual artists in the world today. Yet he is constantly hit with calamities, ranging from open warfare with his own studio, to bad weather, to actors getting sick (or ehm... worse...).

Mind you, I'll take any film Gilliam makes, even if he has to cut corners and work without money. But I'd love to just see him soar, with the financial freedom to explore unlimited possibilities.

The problem however is, that if some billionaire WOULD actually hand over a suitcase full of money to Terry, both would probably be mugged on the spot. The billionaire would die, the money would be stolen and Terry Gilliam would be wrongfully sentenced to live imprisonment for the murder. Sigh... 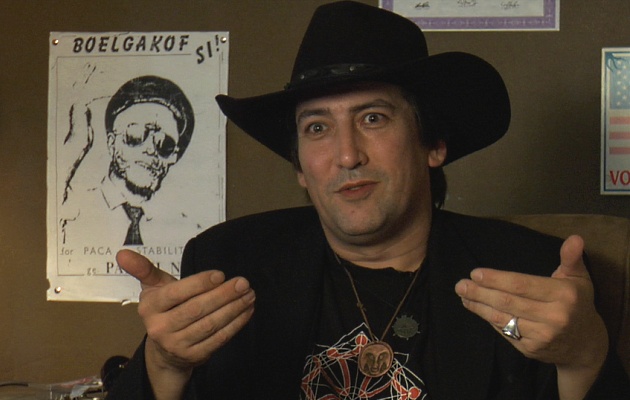 A few years ago, I actually asked Richard Stanley what he'd do with 100 million dollars. He immediately replied with a description of a dream project, and added "...but 100 million would probably not be enough."

With his reputation as a crazy troublemaker who is also outspokenly obsessed with the occult, you might wonder why anyone would want to give him any money at all. But here's the thing: the two feature films he made are very intriguing. Both Hardware and Dust Devil were made on shoestring budgets, but often make you forget about that.
In the last two decades, Richard Stanley has been involved with at least a dozen interesting feature projects, but through financing troubles all we've seen so far are a few bizarre documentaries. Impossible dream obsession aside, can we maybe revive some of those discarded projects with a cool 100 million? 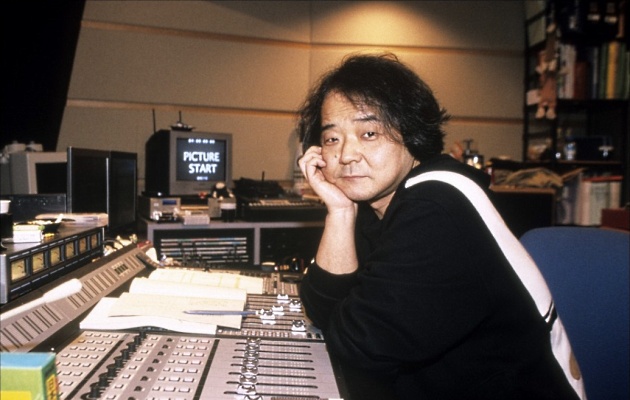 I sometimes fall crazy in love with a film, beyond all reasonable explanation. This happened with Ghost in the Shell, which blew my mind when I saw it. Some research later, it turned out that it wasn't so much the source material which clicked with me, but rather the way Oshii had adapted it. Much of his other films are too self-absorbed or meditative to easily like, but even his most obtuse works contain bits that tickle my soul.

In recent interviews, Oshii Mamoru has lamented the fact that it is almost impossible to get any anime film financed in the current climate. Therefore I want to give him 100 million dollars. Then I'll wait a few years and hope the tickling will start again... 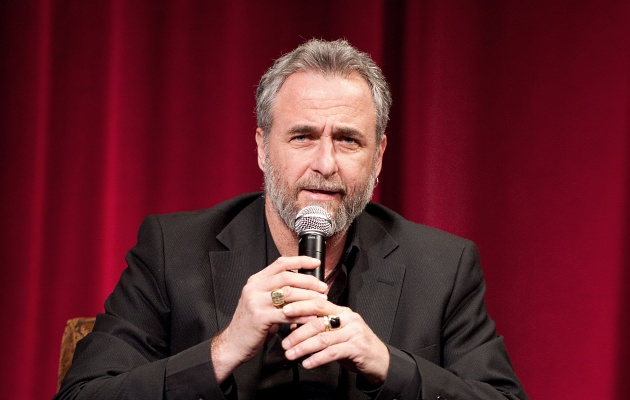 A few years ago, Waltz With Bashir turned out to be nothing short of a revelation. A documentary about the functioning of human memory after a wartime atrocity, director Ari Folman decided to use animation to show this. It's a choice which worked brilliantly: it showed the artifice of recollection itself, and it allowed him to add beauty and artistry. The end result was stunning.

One of my most anticipated films this year is Ari Folman's The Congress, an adaptation of a Stanislaw Lem novel. Advance word of mouth is that it's very good and that once again, he is kicking at the very boundaries of what we know about cinema. So Mr. Folman, if you have a radical idea on how to use 100 million dollars, I'd love to see you develop it! 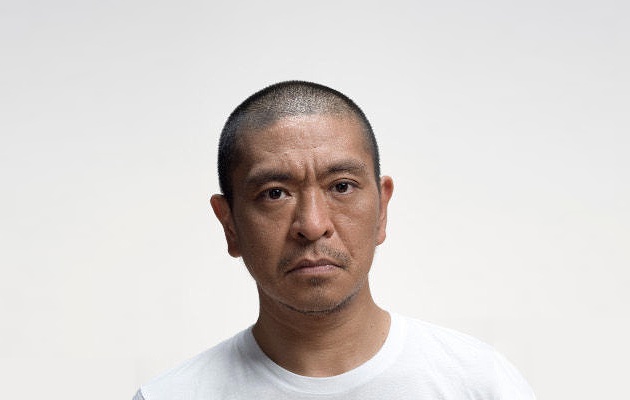 That one sure is anticipated, but I'd also love to see what this new grandmaster of cinema would do with a truly huge budget... 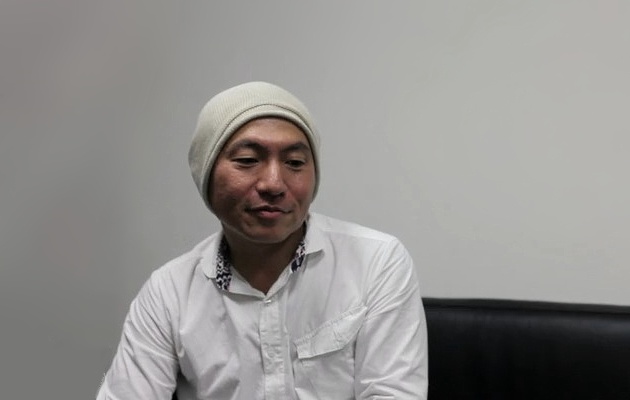 Most Japanese animation tends to look disconcertingly alike. That makes it instantly recognizable as a genre, but individual films and series often lack an identity of their own. This accusation, however, can not be aimed at Yuasa Masaaki, whose animations are pretty unique, and often break into new territories. His film Mindgame is an astonishing sight to behold, glorious and adult and bizarre. At the same time, his anime series Kaiba moved me to tears despite its childish-looking artwork. The man is an artist, no doubt.

Unfortunately, his works are a bit of an acquired taste, and hardly a big commercial success. This makes the task of getting new projects financed difficult, and for his latest short Kick-Heart he resorted to crowdfunding through Kickstarter.

So can a new Maecenas please rise and royally support this man? Predicting what Yuasa would do with 100 million may be the hardest Mindgame of all...