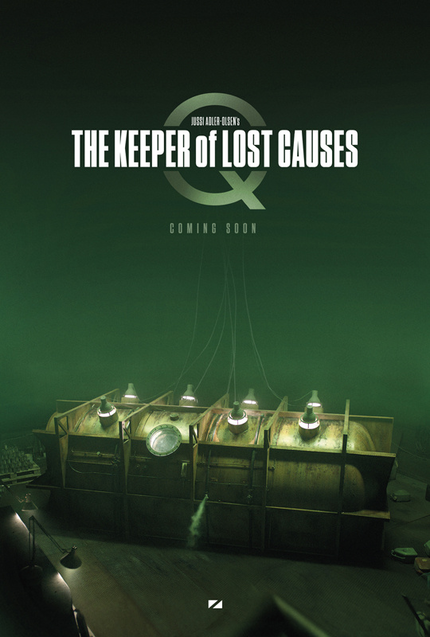 On the surface it is a move that feels like a remarkable departure - Mikkel Norgaard, best known as the director of outrageous Danish comedy Klown being handed the reins to a major new series of Danish crime novel adaptations with upcoming effort The Keeper Of Lost Causes. Based on the writing of Jussi Adler-Olsen this is very much meant to be the first in a new series and it's safe to say that no fingers will be inserted into anuses for laughs here, which makes Norgaard's selection as director somewhat surprising to some. But look deeper into Norgaard's filmography - particularly the multiple episodes of hit political drama Borgen he has helmed - and the decision makes considerably more sense.

Following a shootout that left his two partners respectively dead and paralyzed, chief de­tective Carl Mørck is assigned to the newly established Department Q, a department for old, terminated cases. The department consists only of himself and his new assistant Assad. Although they get explicit orders to only read and sort through the cases, only a single day passes before Carl's stubborn nature throws them headfirst into the mystery of Merete Lynggaard's disappearance; a beautiful female politician who vanished five years ago from a passenger ferry, the only witness her brain-damaged brother who was found on the car deck, screaming at the top of his lungs. The case was put to rest as an apparent suicide. Uncon­vinced by this explanation Carl and Assad venture on a journey that will take them deep into the undercurrent of abuse and malice that lurks beneath the polished surface of Scandinavia.

Nikolaj Lie Kaas and Fares Fares anchor the cast of the film, which has just released its first teaser and poster art. Check the teaser below.