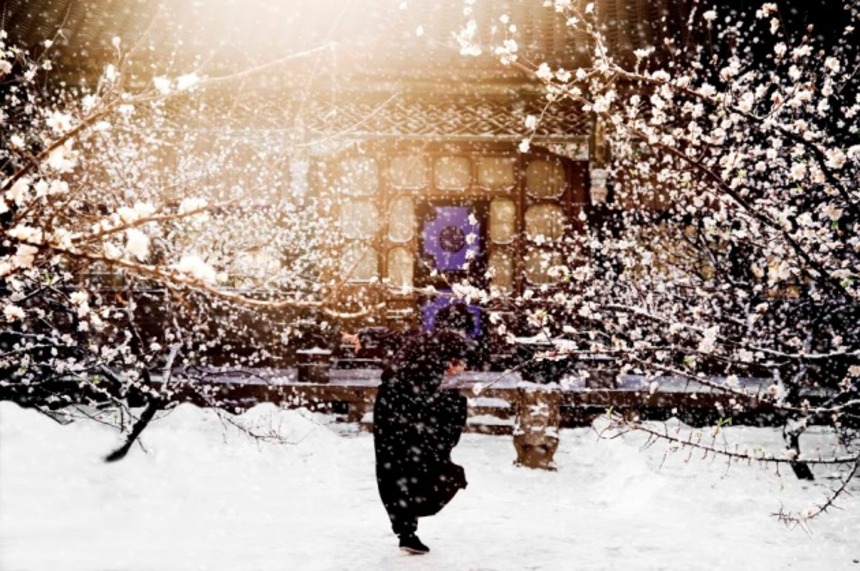 Soon to be released in America, a new featurette for The Grandmaster dropped today, showing how the masters fight in snow with the help of VFX. While you won't see Tony Leung Chiu Wai here, Ziyi Zhang shines in this video.
I'm a die-hard Wong Kar Wai fan. I went to see it in February with some Chinese friends. Though I was a bit disapointed with the movie, the beautiful snowy atmospherics generated strong emotions that still linger in my mind. Now, BUF, the VFX group behind the film, has launched this beautiful video was launched, showing how it was all created. In it, you'll see how the spectacular train fight sequence was made using a green screen, how they added the beautiful snow, and even how they removed color to make it the scene look whiter and the characters look colder.
There's even a few glimpses of scenes which I don't remember seeing in the theatrical version. The music and editing are top-notch and the pacing is perfect -- the editors behind this new featurette deserve a medal.  Obviously though, if you haven't seen the film yet, be wary of spoils here, since it explores some of the film's best set pieces.

The Grandmaster tells the story of martial arts grand master Ip Man (Tony Leung Chiu Wai), the man who trained Bruce Lee. The story focuses on two kung fu masters, IP Man, and Gong Er (Ziyi Zhang), and as their worlds collide on the night of the Japanese invasion in 1936. The plot encompasses themes of war, family, revenge, desire, love, and memory.

Also starring Chang Chen, Xiao Shengyang and Song Hye Kyo, The Grandmaster was already released in China and much of Europe. It will hits US theaters courtesy of The Weinstein Company, on August 23rd.
Tweet Post Submit

Do you feel this content is inappropriate or infringes upon your rights? Click here to report it, or see our DMCA policy.
the grandmastertony leungwong kar waiziyi zhang