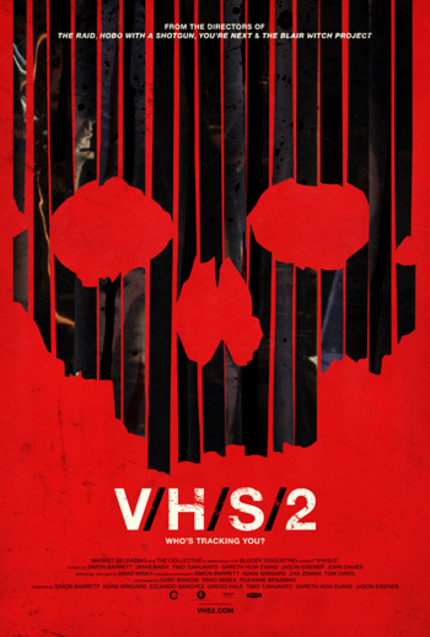 With the release of  V/H/S/2 on VOD, I believe the film has gained the broader audience it deserves, and most who have already watched it will agree that Safe Haven, directed by Gareth Evans and Timo Tjahjanto, is the best segment, if not the only reason to watch V/H/S/2.

I'm here in Indonesia and got the chance to sit down and talk a little bit about Safe Haven with its Director of Photography, Abdul Dermawan Habir, who goes by the nickname Gerry.

TWITCH: So tell us how it feels working with directors Gareth Evans and Timo Tjahjanto?

It's kinda hard to believe, cause the opportunity just came. Originally it was supposed to be Gunnar Nimpuno (DP of the Mo Brothers' upcoming Killers), but I don't know, it's a small budget and they wanted to try different approach I think, so Kimo (the producer) approached me to do the camerawork. At first I felt a little nervous you know, it's Gareth and Timo! But they're really supportive and know what they're doing. It turned out to be an exciting experience.

What was your cinematographic approach to SAFE HAVEN?

You know, it's a found footage film, I don't really watch a lot of found footage films, mostly just common Hollywood kind of stuff, like Cloverfield and Paranormal Activity, but my main reference for this film was REC. It's a combination of all that, to tell you the truth, with me as a newcomer. Gareth and Timo are more experienced and well known, so I just picked up the camera and framed it (laughs). 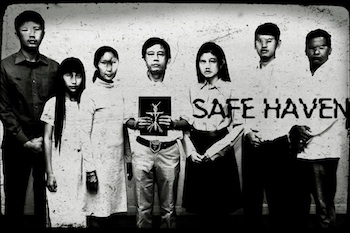 What was the biggest challenge in shooting SAFE HAVEN? I notice in some parts maybe you got blood splatter all over you.

I guess first was how to make the camera rig. I made it from scratch with acrylic, because we didn't have enough budget to use a proper rig, but then again you have to run along and bump into many things, so it cannot be a professional one. I had to figure out how to make a rig, not too big but can support the DSLR camera, and how it can be fixed to my body. Then I had to fix it to the actors. All the cast have different postures and I had to make it for each of them but it cost a lot, so in the end it was just me who wore the camera and did all the camerawork, that's one part. Then the running, tripping, and like you said with all the blood and stuff like that.

So it really was a bloodbath?

Yeah I got a bloodbath, but yeah it's been fun, plus I had to wear Fachry's (who plays Adam) costume in an abandoned building with no air con. I had to run and I sweat a lot, so I kinda lose weight (laughs).

What a great way to lose weight! Besides shooting the film, you also had to act as well, since you were shooting the character POVs, right?

Yes, I haven't watched it but that's my hand in the shot.

Right now found footage camerawork has become part of our cinema, do you like this approach to cinematography?

Yeah, it's a new experience and I learn a lot. With this kind of camerawork it's hard to frame the shot while you're moving constantly, well it's attached to your body. It's not in your hand but on your chest! (laughs) but I guess there's a bit of truth, like in a documentary. 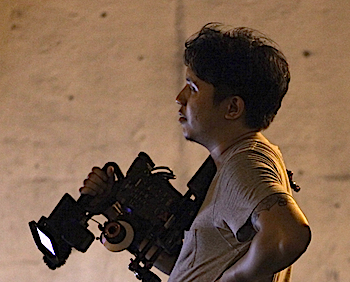 I know you haven't watched it yet, but if you remember, what was the most memorable scene for you?

I guess it's the one with all the zombies, where I have to run towards them, because to think about it, it's kinda impossible, you wouldn't do something like that if you're in that position. Plus the room is full of blood so it's kinda slippery. I slipped, I had to kick some of the cast, but since it's fake blood the room smelled like chocolate.

How did you feel facing all the zombies in full make up? Afraid maybe?

Because, you know, it's not real, I'm not really afraid, the thing I was most afraid of breaking the camera and lenses, so I learnt how to fall properly (laughs).

What would you say to those who have seen SAFE HAVEN?

Well thank you, I guess, for watching. I'd love to work on this kind of genre film again, especially in Indonesia we don't really have many of these genre films. I know you should know your limits when you make a film, but don't be afraid, just explore, this kind of opportunity doesn't come around often so just go for it.

I would love to see more of this genre in Indonesia too.