Hey, Canada! Win Tickets To See Kitamura's NO ONE LIVES On The Big Screen June 19th! 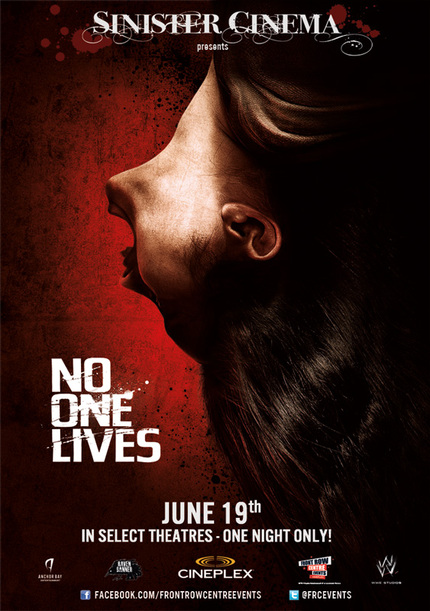 Hey, Canada! Kitamura Ryuhei's blood soaked slasher No One Lives hits screens across the nation for one night only as part of Raven Banner Entertainment's Sinister Cinema series on June 19th and you could be there for free! We have four pairs of tickets to give away to readers across the nation and one pair could be yours!

A ruthless criminal gang takes a young couple hostage and goes to ground in an abandoned house in the middle of nowhere. When the captive girl is killed, the tables are unexpectedly turned. The gang finds themselves outsmarted by an urbane and seasoned killer determined to ensure that no one lives.

The film is playing one night only in selected Cineplex Theatres in the following cities:

To enter the contest, all you have to do is name which WWE star appears in this film. (Need a hint? Scroll down and watch the trailer.) To enter, email your answer, as well as the theatre where you'd like to watch the movie, to raven@ravenbanner.ca

For a heads-up on future Sinister Cinema events, be sure to "like" Raven Banner Entertainment on Facebook.