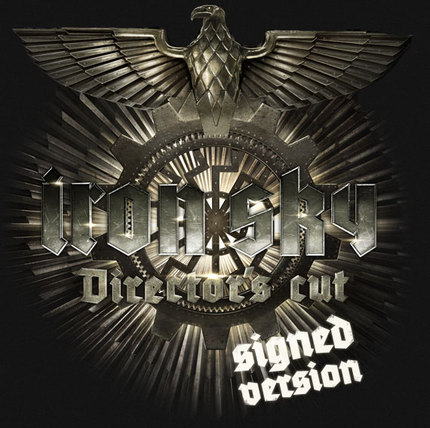 Were you hoping for a little more Moon Nazi in scifi comedy Iron Sky? Turns out so was director Timo Vuorensola but the initial budget and timeline for production did not allow for him to include all he had hoped. So what has he done since? He's added 20 minutes more. "This version of the film is the original vision I had of the film when we made it. We were forced to drop a lot of great material due to extremely tight budget and schedules but now we've had a full year to work on the additional material, and it's really bringing the film to a whole new level."

Yep, the Iron Sky director's cut is now available for pre-order direct from the creators with proceeds supporting the upcoming sequel. Take a look at the trailer for this new version below.

Do you feel this content is inappropriate or infringes upon your rights? Click here to report it, or see our DMCA policy.
director's cutiron skymoon naziudo kier

A painful-to-watch exercise in sheer amateurism. Why anyone would want
more of this garbage is beyond me. Felt like it was directed by those
"Scary Movie" twats.

Seriously they probably added some banana slipping scenes or some crap like that :D What a horrible film, why would you see more of that :D

Still it's much better than just about any Hollywood blockbuster from the last 10 years or so. The good thing about this movie is that it doesn't take itself seriously.