Peter Martin
Managing Editor; Dallas, Texas (@peteramartin)
Sign-In to Vote
Tweet Post Submit
Amazon's Prime Instant streaming service is not as well-established as Netflix and has far more modest offerings in off-beat and strange cinema. Still, since I temporarily dropped Netflix, I've been diving deeper into Amazon's catalog, and discovered a good number of films from my favorite movie decade.

Here's a selection of picks that I've recently watched, most of which will be expiring from the service at the end of June. 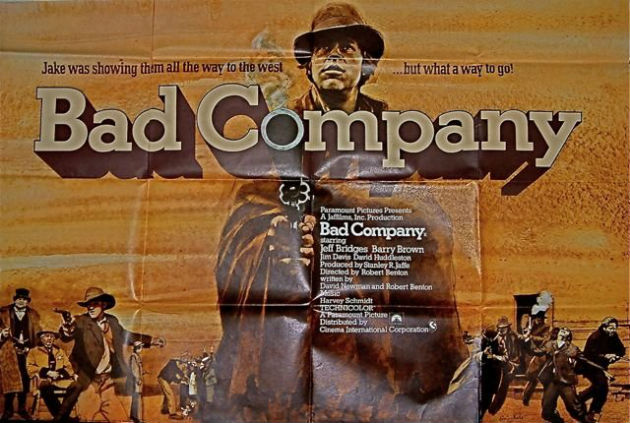 Robert Benton made his directorial debut with this decidedly modest picture, set during the American Civil War in 1863. The original script by Benton and his writing partner David Newman, like their breakthrough Bonnie and Clyde, is highly episodic; like their screenplay for Joseph L. Mankiewicz's There Was a Crooked Man..., set during the 1880s, it works hard to bring relevance to a period film. And, like both, Bad Company begins in light-hearted territory before traveling into murkier, more violent regions.

Jeff Bridges is the leader of a small group of young men who live by their wits, or lack thereof. Bridges is impressed by Barry Brown, a conscription-notice dodger who fights back after Bridges tries to rob him for a second time, and invites him into the gang. Heading west, the petty thieves make slow progress, while amply demonstrating their general incompetence, in a series of aimless episodes.

Benton and Newman's screenplay introduces likable but thin characters and then gives them little to do. In today's terms, it's a lo-fi project that plays well, chiefly due to Bridges' youthful charm and a cast that would later do better things, including John Savage and a gang of somewhat older criminals, played by the likes of Geoffrey Lewis and Ed Lauter, and led by David Huddleston. Gordon Willis' cinematography makes the outdoors look dark, even in the middle of the day, and the version that is streaming on Amazon does his work no favors.

Released in October 1972, the film attracted little fanfare, but it provided Benton with experience in the director's chair; five years later, he drew good notices for The Late Show and followed that up with Kramer vs. Kramer. Bridges, who had gained great exposure with The Last Picture Show, continued to build his career with a series of strong performances throughout the decade. His 21-year-old co-star Barry Brown, however, fared less well; he was part of the wreckage that was Peter Bogdanovich's Daisy Moon, and then was exiled to television guest spots. Sadly, he committed suicide in 1978. 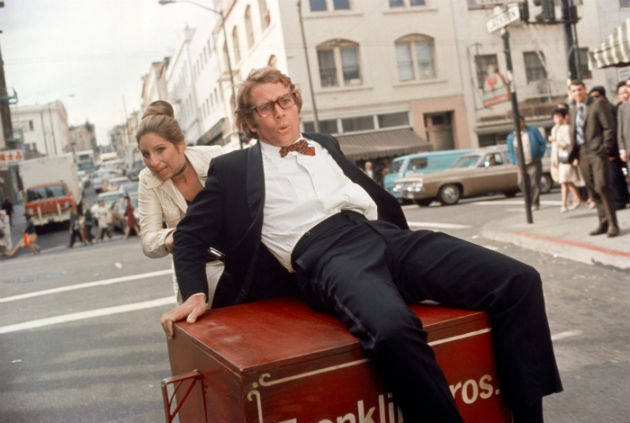 "A terrible piece of shit," is how John Calley, Warner Bros. executive, described the script by David Newman and Robert Benton (The Graduate), based on a story by Peter Bogdanovich. Coming off The Last Picture Show, the director had called up the writers in New York, telling them he wanted to do a modern version of Howard Hawks' 1938 screwball comedy Bringing Up Baby, starring Cary Grant as a paleontologist and Katherine Hepburn as an irritating heiress.

Barbra Streisand was secured to play the "irritating" leading lady, in what would be only her second film role in a non-musical; Ryan O'Neal was enlisted to play an absent-minded musicologist, bespectacled for the part, just like Grant. Calley, however, was unhappy when he read what was supposed to be the final script, just three weeks before production was due to begin. "I wanted to blow my brains out, it was just awful," he later told Peter Biskind for his book Easy Riders, Raging Bulls. According to Calley, Bogdanovich told him to relax, that he'd make it up as he went along. Calley insisted on hiring Buck Henry to rewrite the script, which he completed in two weeks. Henry had adapted the Broadway play The Owl and the Pussycat for Streisand, her first non-musical role, in 1970.

Released in the spring of 1972, a few months after the critical success of The Last Picture Show, and at the same time as The Godfather, What's Up, Doc? turned into a box office success, trailing only Francis Ford Coppola's gangster picture and disaster flick The Poseidon Adventure. As a young person, I remember laughing uproariously at the farcical silliness, the sight gags, and the knockdown humor.

Watching it again, however, the laughs were few and far between; it struck me as frantic and noisy and messy and juvenile -- and not in a good way. Coming as it did after The Last Picture Show, a movie I also rewatched recently, which has lost little of its power, What's Up, Doc? seems like a good idea that is mired in Bogdanovich's rose-colored nostalgia for an age gone by.

Film critic John Simon, really didn't like Streisand's performance. Writing at the time of the film's release (republished in the book Reverse Angle), he commented: "Her acting consists entirely of fishily thrusting out her lips, sounding like a cabbie bellyaching at breakneck speed,and throwing her weight around. … Miss Streisand is to our histrionic aesthetics what the Vietnam war is to our politics." 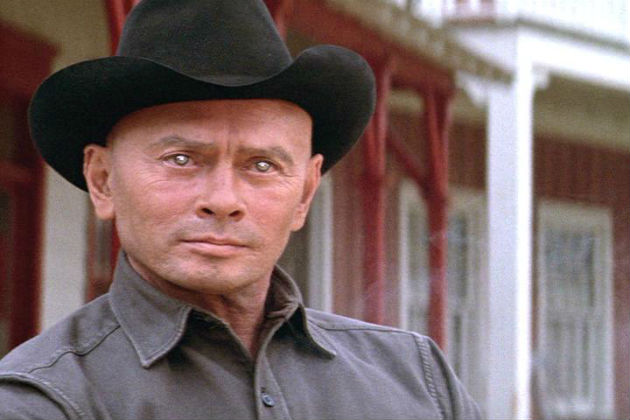 Running a leisurely 88 minutes, Michael Crichton's feature directorial debut is an admirably simple programmer, and, in hindsight, feels like a dry run for Jurassic Park. Like many a b-movie, character development is nil. We know nothing of the lives of Richard Benjamin and James Brolin, other than that they're friends out for a week's vacation at a luxury resort where they can indulge every desire of the heart -- and body.

The luxury resort caters to fantasies centering around Roman, Middle Ages, and Old West themes, populated by highly-advanced robots, thus allowing the human guests to do whatever they want: have sex, kill people, whatever. Naturally, things go wrong, and when that happens, Yul Brynner is around as a nightmarish, menacing robot turned ruthless avenger.

Crichton only directed a handful of pictures in the 70s (Coma, The Great Train Robbery) and 80s (Looker, Runaway, Physical Evidence), and though they're a very uneven lot, they're are all informed by his varied and detailed interests. Westworld is a bit sketchy -- it almost cries out to be fleshed into something more substantial -- but, on the other hand, it's very effective for what is is, and Yul Brynner's implacable villain is his most iconic role. 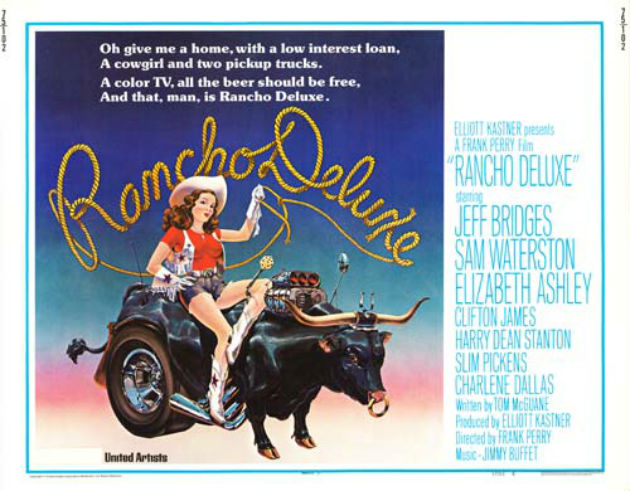 Three years after Bad Company, Jeff Bridges again headed out West, this time to modern-day Montana, as interpreted by National Book Award-nominated novelist Thomas McGuane, who'd been living in the state since the late 1960s. Bridges is teamed with Sam Waterston, as an unlikely Native American; the previous year, Waterston appeared as Nick Carraway opposite Robert Redford and Mia Farrow in The Great Gatsby. Bridges and Waterstone are rustlers preying on the property of rancher Clifton James, who gets fed up with getting ripped off and hires legendary stock detective Slim Pickens to put and end to it.

In his review, Roger Ebert wrote: "I don't know how this movie went so disastrously wrong, but it did," which makes me feel like I saw a different movie, because this one hits its stride early and then ticks away like clockwork. The timing is always a bit off, so that the story never moves in predictable fashion, and the humor is wonderfully off-handed, unexpected, and deadpan, in ways that I could never hope to reproduce in print. Having left behind his charming, overgrown teenager phase, Bridges is completely confident in his aimlessness; his character doesn't know where he's going and doesn't care that he doesn't know. He and Waterston display the ease of comfortable friendship, the type of relationship where you can talk or not, and the other person knows what you mean.

Harry Dean Stanton and Richard Bright (colorful bits in The Getaway and The Godfather) play cowhands, Elizabeth Ashley is a bored rancher's wife, Patti D'Arbanville and Maggie Wellman (daughter of legendary director William Wellman) are spunky sisters and bed partners for the boys, Charlene Dallas is the voluptuous, virginal assistant to Slim Pickens, and Joe Spinell features as Waterson's dad. Jimmy Buffett (pre-"Margaritaville") composed the score and appears in a bar scene.

Frank Perry's directorial career was marked by wild swings in temperament and he often indulged in sociopathic melodrama (The Swimmer, Mommie DearestRancho Deluxe deserves greater visibility as a highly colorful comic Western that strikes the right tone, early and often.

Viewing note: On second check, this title is not expiring at the end of June. Searching for this movie on Amazon brings up a page that states "Video not available". However, I clicked the "Add to Watchlist" button and was then able to watch the movie, which looks lovely in what appears to be a high-definition version. 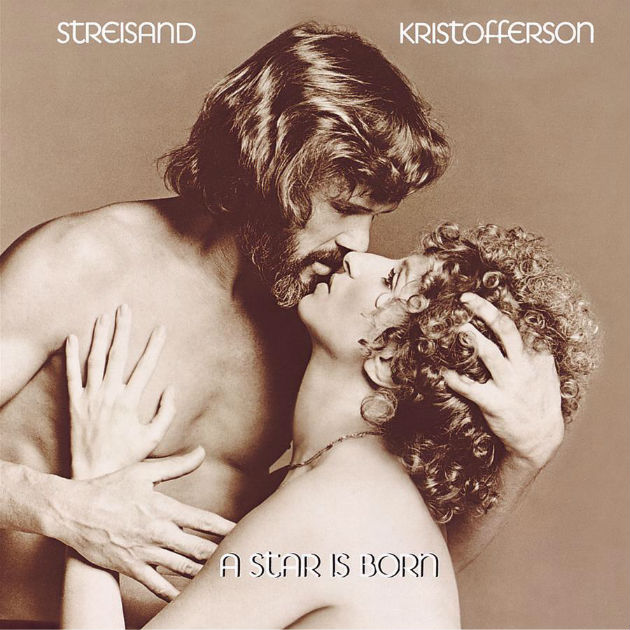 If punk rock did not already exist, this movie would have provoked its creation. Two magnificent heads of hair make love and music, not necessarily in that order, which is exactly what one might expect from a movie produced by a hairdresser.

Four years after What's Up, Doc?, Barbra Streisand was at the peak of her box office popularity, and still a chart-topping pop singer. She used her clout to produce a new version of an old story, transferred to the world of rock music. (It was her first credit as executive producer.) Reportedly, multiple writers labored on the screenplay, with the final credit assigned to Frank Pierson, John Gregory Dunne and Joan Didion. Pierson, who won an Academy Award for Best Screenplay for Dog Day Afternoon the year before, directed. But it's Streisand's show all the way.

And if you love, love, love, love Streisand, I imagine the movie must feel a bit like Heaven, because she is presented as a gauzy goddess come to Earth to gift mere mortals with her presence. Kris Kristofferson, who'd already established his screen persona as a lazy-talking cool dude with mournful eyes, is here the fading rock star who is instantly smitten for some unaccountable reason with Streisand as a straight-talking, sweet-singing vocalist who blows a cat food jingle gig for her nonplussed struggling bandmates, and then promptly abandons them so she can spend all her time with a classic burn-out case.

She is such a good singer, in fact, that she tames a rock-hungry benefit concert crowd by belting out a pop song at a volume that must have inspired every American Idol contestant, including all those who were not yet born. For those of us who are not Streisand acolytes, there is little else sustainable in the picture, not even the sour pleasure of a bland performance by filmmaker Paul Mazursky, though a tiny bit of solace comes from seeing young Gary Busey shine as an enabling road manager.

Nonetheless, the picture became another huge hit for Streisand, out-grossed only by Rocky, and spawned the loathsome monster pop song "Evergreen," which still plagues my nightmares. 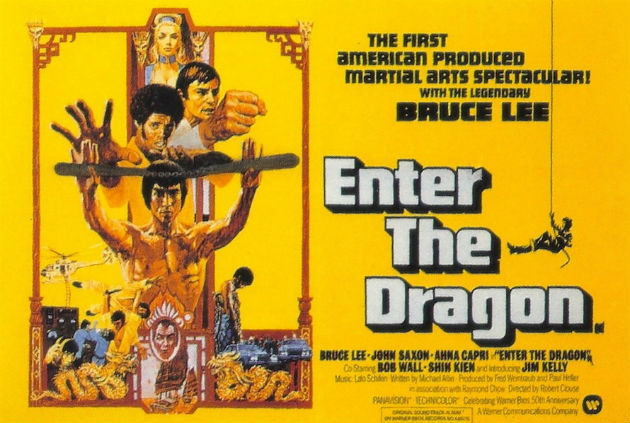 More 70s titles expiring at the end of June -- all recommended:

Being There (1979; d. Hal Ashby)
Peter Sellers as a simple gardener who inadvertently becomes an advisor to Washington. With Melvyn Douglas, Shirley MacLaine, and Jack Warden.

The Gauntlet (1977; d. Clint Eastwood)
Clint Eastwood and Sandra Locke in a terrific police drama about a cop escorting a prostitute from Las Vegas to Los Angeles on a road trip from hell.

Serpico (1973; d. Sidney Lumet)
Based on a true story. Al Pacino stars as a New York police detective who sees corruption and cannot ignore it.

The Wind and the Lion (1975; d. John Milius)
Sean Connery kidnaps Candice Bergen, faces off against Brian Keith as U.S. President Teddy Roosevelt. It's a classic adventure with a modern spirit.