Watch The US Trailer For Documentary THE ACT OF KILLING 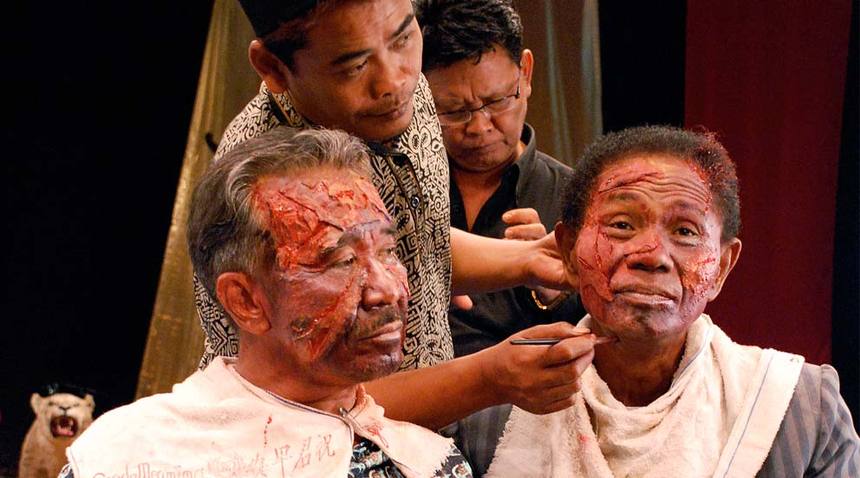 As our friends at Drafthouse Films continue to diversify their slate of film acquisitions, Joshua Oppenheimer's documentary The Act of Killing will begin a limited theatrical run on July 19th in New York. It will then go on a later Summer tour across the rest of the States.

In this chilling and inventive documentary, executive produced by Errol Morris (The Fog of War) and Werner Herzog (Grizzly Man), the filmmakers examine a country where death squad leaders are celebrated as heroes, challenging them to reenact their real-life mass killings in the style of the American movies they love. The hallucinatory result is a cinematic fever dream, an unsettling journey deep into the imaginations of mass murderers and the shockingly banal regime of corruption and impunity they inhabit. Shaking audiences at the 2012 Toronto and Telluride Film Festivals, The Act of Killing is an unprecedented film and, according to the Los Angeles Times, "could well change how you view the documentary form."

Jason Gorber caught The Act of Killing when it screened here in Toronto at last year's festival. You will find the link to his full review below.

Easily one of this decade's most important and most harrowing documentaries, The Act of Killing is a shattering take on the nature of evil.
The Act of Killing stands as one of the more powerful and harrowing documentaries ever made. It demands to be seen, and stands as an epic achievement in non-fiction filmmaking. Certain to be applauded for years to come, it's more horrifying than any genre pic, more unsettling and nightmare inducing than any fiction work could ever be.