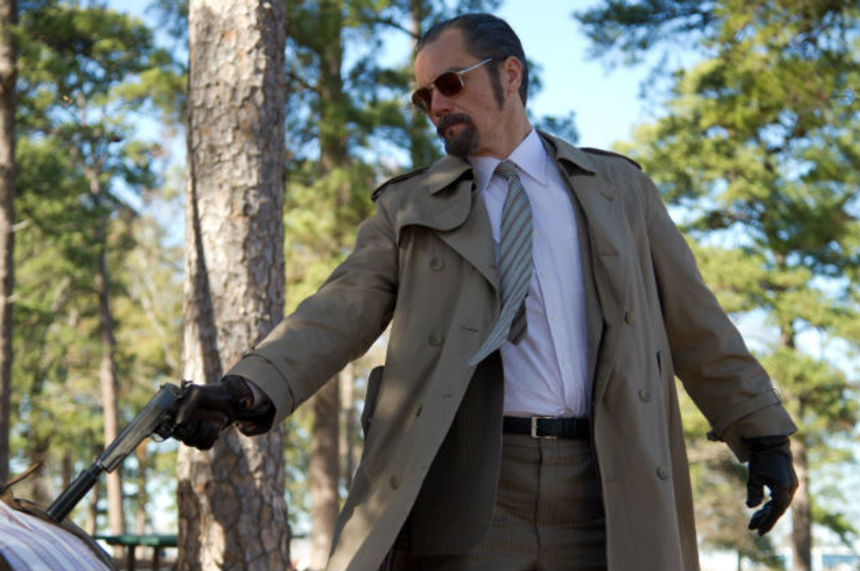 Like a stiff mixed drink that doesn't live up to the quality of its ingredients, The Iceman proves to be an unpalatable, underwhelming crime drama.

All the great parts are there; we've got a simmering Michael Shannon in a 70s gangster drama, and a true-life tale of a mob enforcer thought to have killed more than 200 people. Shannon's paired with another master of the quiet-rage-followed-by-explosive-outburst, Ray Liotta, and we should be seeing nothing other than fireworks here, some kind of angry man version of the De Niro / Pacino Heat meetup. I still want to see that movie, frankly, and hopefully one day it will be made.

A year after her success as a screechy harpy in Black Swan, Winona Ryder also makes a competent if forgettable turn here as Shannon's wife. Chris Evans makes a long-haired turn as a fellow executioner who uses a slushee truck as his vehicle of choice, and James Franco puts in a turn in a fun cameo.

David Schwimmer shows up in a meaty, if obnoxious, sidekick role. This is the kind of annoying-yet-important character that a Steve Buscemi or John Turturro can make work, but even with his slicked back hair and silly drawl, his character's demise can't come soon enough.

Shannon bristles with the requisite angst, and his varying forms of facial hair are certainly a treat. In the end, however, the story sacrifices any sense of real dread or surprise by sticking to what's pretty much a straightforward, run-of-the-mill story. We don't get any true sense of shock or horror in even the most violent moments, and his downfall is all but telegraphed from the opening frames.

Still, The Iceman isn't a complete failure, it's just hard to stomach its charms without thinking of what could have been. The whole things feels pretty flaccid, if occasionally stylish, never really solidifying into anything of substance. We're left with a lukewarm film, neither boiling with the rage that Shannon so often brings to screen, or left frosty by a biting, chilling story.

In the end, The Iceman is more slushy, sloppy mess than the rock solid tale it could have been, and even some sweet handlebar mustaches can't make up for its flaws.

Review originally published in connection with the film's screening at the Toronto International Film Festival in September 2012. The Iceman opens in limited release in the U.S. on Friday, May 3, and in Canada on Friday, May 17. Check the official site for more information.