Michael Shannon VS. Mickey Rourke: Who Will Make a Better ICEMAN? 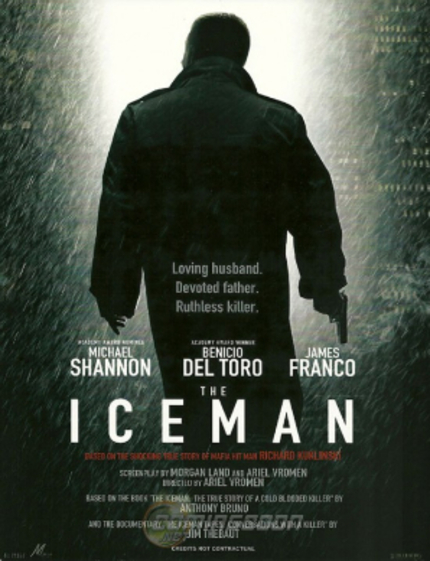 Amidst the slew of posters revealed at AFM there is a particularly interesting one: The Iceman. It's interesting for one major reason: talk about a film based on Philip Carlo's biography of Jersey mafia hitman Richard "The Iceman" Kuklinski has been buzzing for over a year with comeback kid Mickey Rourke attached to star. Now out of left field comes another biopic starring Michael Shannon as the 300lb killer, with Benecio del Toro and James Franco co-starring. Ariel Vroman is set to direct and shooting is set to begin in summer 2011. Nu Image is distributing.

This puts Shannon's Iceman way ahead of Rourke's - as there is no director assigned to the latter's film, which features the hefty title The Iceman: Confessions of a Mafia Contract Killer. Also, Shannon's role as Nelson Van Alden on HBO's acclaimed Boardwalk Empire should help propel the film. Not to mention, just think about it, which actor would be a more terrifying, ruthless killer: the soft-spoken, dagger-eyed Shannon or the Hulk-like, surgically enhanced Rourke? My vote goes to Shannon, who recently played a seemingly motive-less killer in last year's My Son, My Son, What Have Ye Done? I'd constantly shit my pants if Shannon lived on my block. (Poster via ComingSoon)