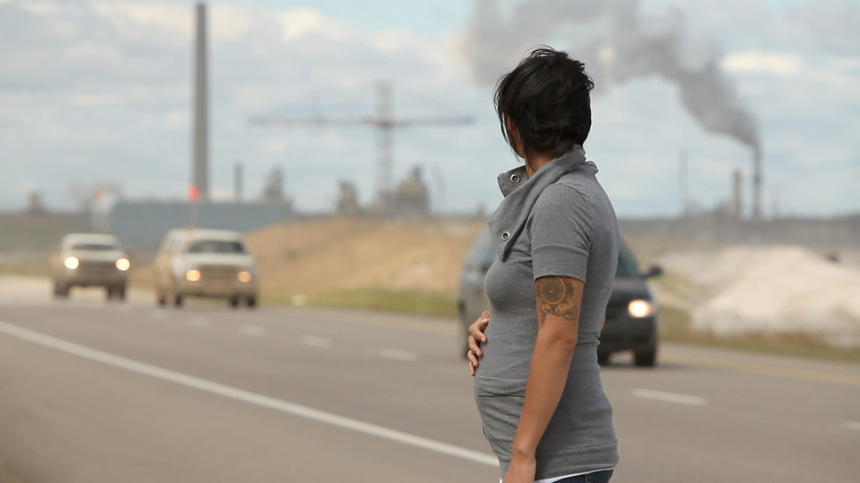 The documentary profiles three environmental activists in different parts of the world: Rajendra Singh in India, trying to rehabilitate the Ganges river, Eriel Deranger, an indigenous activist to stop the tar sand pipeline project in her home province of Alberta, and Jay Harman, an inventor and naturalist trying to eradicate air pollution and reduce the energy consumption.

Skillfully interweaving three timelines of these David vs. Goliath battles -- be them against pollution itself, non-responsive government, public perception, or lack of funding -- Elemental rises above the usual rhetoric-heavy, talking-heads doc by bringing the topical subjects down to the nitty-gritty level community based activism.

It's the Indian section of the doc that shows both the most beautiful (nature) and the ugliest (pollution) images. Singh, no-nonsense activist already famous for his successful campaigns against many dam projects in other parts of India, takes on the serious pollution problem of the Ganges, the mother of all rivers that is the livelihood of millions and has deep-rooted cultural and spiritual significance. As the camera lingers on bright-eyed Singh looking at the river filled with bubbling toxic waste and trash, you witness the pain settling into his face in real time.

Deranger's tireless effort to speak out against the devastation of indigenous people and their land and water by the tar sands industry, which is described as the largest man-made project ever (the size of the operation is said to be as vast as England and Wales combined), is balanced out by scenes of her juggling act between the motherhood and activist career. Mother of a teenager and expecting another, the film shows another side of the often controversial, tough-as-a-nail fighter. There is a funny bit on her gussing up to attend high-society gathering where she gets to chat up Robert Kennedy Jr., who doesn't hesitate on giving her some sound advice.

Mild-mannered Harman, who comes across as a dreamer and a sage rather than a mad scientist, takes cues from nature to develop ingenious contraptions that might solve global warming if he had the means to do so. A forever optimist, his segment provides the doc its most philosophical and contemplative moments.

Unlike other eco-docs armed with statistics, charts and harsh rhetoric that are designed to scare you into submission, Elemental succeeds in making the points through the stories of these passionate, personable individuals and while still being hopeful. Beautifully photographed by Emily Topper, the film is an elegantly told, deserving acknowledgement of their small but substantial victories in the long battles not yet won.