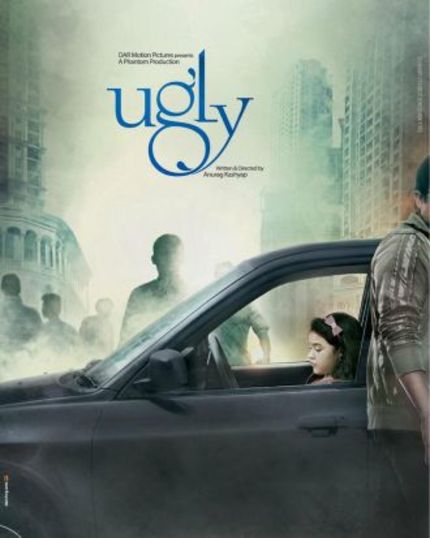 Anurag Kashyap's follow-up to the widely admired Gangs of Wasseypur announces itself with a cacophony of discordant noise screeching over an attempted suicide. It's almost as if Kashyup decided to warn viewers up front, this one won't be easy. And, in many ways, it's not. Here is a thriller about an awful event (a child kidnapping), populated exclusively with awful people, almost all of whom reveal themselves to be more awful than originally thought, which ultimately reaches a conclusion more awful than everything that came before. Sounds like fun, right? Surprisingly though, and to Kashyap's credit, it is.

Maybe "fun" is too strong of a word, but this Fargo-meets-Mumbai-police-procedural is compulsively watchable, thrilling, darkly funny and extremely well-directed -- about as close to a good time as missing-children movies get. Apparently ripped from the headlines, the story kicks into action almost immediately when Rahul, an aspiring actor, picks up his child from the home of his suicidal, ennui-afflicted ex-wife. Said ex-wife is married now to a ruthless, perpetually-pissed-off police captain who still harbors a childhood grudge against Rahul.

So then, picture what happens when a loser aspiring actor leaves his young daughter in the car while he goes to audition, then emerges to find her missing. Imagine how the situation becomes exacerbated by the aforementioned relationships, then add a sideshow of scheming, money-hungry friends, a city-wide kidnapping investigation and healthy dose of police corruption and you can begin to imagine what types of turns the movie takes.

Kashyap infuses it all with relentless vitality, barreling through frantic foot chases, surveillance-obsessed procedural detail, emotional meltdowns, and schemes-galore without ever slackening the pace or sacrificing coherence. He clearly has a lot on his mind about systemic problems in modern India, but he deftly weaves these issues into the plot, much like another extremely accomplished systemic-critique-disguised-as-thriller, Hong-Jin Na's The Chaser.

Kashyap also gets a lot of mileage out of the locations, which emphasize the mood of the action rather than functioning as exotic foregrounds, and the way he depicts the sheer scope of a hunt for a single girl in Mumbai is pretty stunning. The performances too are all strong, with a touch of stilted, manic-intensity that blends seamlessly with the mood of the film. Raul Bhatt (in his first role in nine years) does especially impressive work transitioning his character through some demanding plot twists and power shifts.

At two hours and eight minutes, Ugly runs a bit long (though of course, not as long as the 320-minute Gangs of Wasseypur), and it's more due to indulgence than necessity. Really, there are several peripheral characters who seem like they needed more space to breath in the rush of double and triple crosses. But while certain scenes certainly could have been cut, many of Kashyap's indulgences are welcome diversions that throw the genre's tonal expectations pleasantly off-balance. A seemingly unending police interrogation that culminates in a huge argument about cell phone features in particular adds a genius bit of absurdity to the otherwise grim proceedings.

Really, the more divisive issue of the film will be the content itself, and audiences willingness to spend so much time watching greedy, ruthless and often idiotic people going from bad to bottom of the barrel. The ending may be a potential deal-breaker for some too, and while I can't argue in detail without spoiling it, my sleep-deprived Cannes impression is that the haunting final shot effectively hammers home the moral center of the movie rather than functioning as the cheap, shock-value alternative. In fact, reflecting on the way Kashyap handled the rest of the film, specifically spurts of intentional violence, I do feel that there was a sympathetic voice in the film -- it was just behind the camera instead of in front of it.
Tweet Post Submit

Do you feel this content is inappropriate or infringes upon your rights? Click here to report it, or see our DMCA policy.
Abir GoswamiAnurag KashyapCannes 2013Cannes Film FestivalRaul BhattRonit RoySandesh JadhavUgly