First Look At Anurag Kashyap's UGLY, A Masterpiece Of Misanthropy 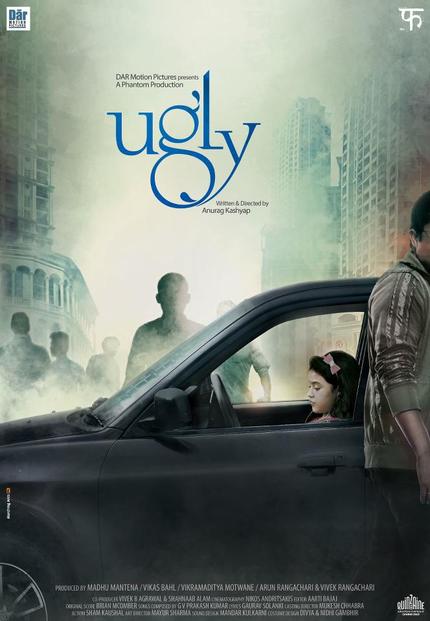 India's Anurag Kashyap is back in the saddle with a devastating new film, Ugly.

Hot on the heels of 2012's five and a half hour crime epic, Gangs of Wasseypur, Kashyap delivers his next look into India's seedy underbelly with this story of a missing girl whose disappearance is probably the least disturbing thing about the film. Ugly premiered at the Cannes Director's Fortnight this year in what appears to be a new trend for Kashyap, and quickly divided critics who were mostly taken aback by its nihilistic bent. I have seen the film as well, and I can confirm that it is a portrait of a truly unpleasant system in which pride takes priority over procedure.

The film is slated to release in India on October 11th. However, I haven't heard news about international distribution plans. In the meantime, here is the synopsis and new trailer.

Bose, an Additional Commissioner of Police, is an extremely straight-forward professional. However, these lines are a bit blurred in his relationship with his wife Shalini. Shalini is a clinically depressed person and an alcoholic. Shalini was first married to Rahul, a struggling actor and also has a daughter with him, called Kali. The story starts on a Saturday, which is the day when Rahul is allowed to meet Kali as per court custody arrangements. Rahul leaves her in the car as he goes to meet his friend, and Kali goes missing.

What follows is an endless series of blame game and one up-man ship. A dark psychological thriller on the surface, Ugly is an emotional drama within.