The Producers Of HEADHUNTERS Present An Unlikely Hero In DETECTIVE DOWNS 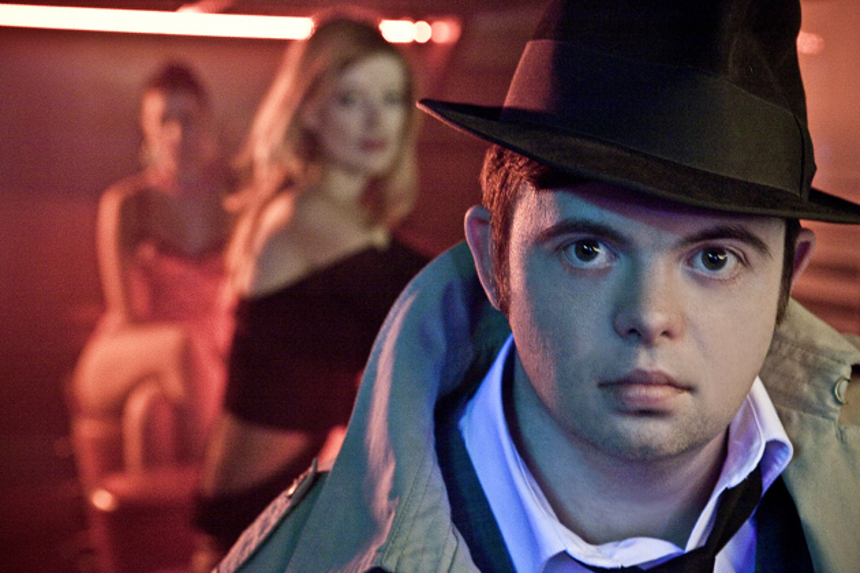 If this one works, it's going to work very well indeed. But if it doesn't? Oh, dear ... if it doesn't work then a whole lot of people are going to be very, very angry.

Norway's Friland Produksjon - the producers of high class, high quality affairs such as Headhunters, Kissed By Winter, Sons of Norway and the upcoming Pioneer - are in post production on Detective Downs, a noir influenced detective comedy with one very particular difference ...

Robert runs his own detective office, but he never gets any cases. No one believes Robert can accomplish anything and even his father, who is a police investigator, rejects Robert. One morning a mysterious woman appears in Robert's office. The legendary speed skater Olav Starr is missing, and his family urgently needs an incompetent detective to pacify an affluent and senile grandmother. Robert is perfect for the job. Gradually Robert finds himself entangled in Olav's hidden life and it becomes clear that this assignment is not without danger. But when Robert reveals his special investigation method everyone's in for a big surprise.

Yes, Robert - and actor Svein Andre Hofsø Myhre, who plays him - has Down's Syndrome. Which provokes a certain knee jerk nervousness when you see the film described as a comedy. But with Friland producing and The Art Of Negative Thinking director Bard Breien at the helm this has the potential to be something quite unique and special.

Do you feel this content is inappropriate or infringes upon your rights? Click here to report it, or see our DMCA policy.
Bard Breiencomedydetective downsdetektiv downsnoirnorwaySvein Andre Hofsø Myhre