Review: IT'S A DISASTER Is A Hilarious Situational Comedy 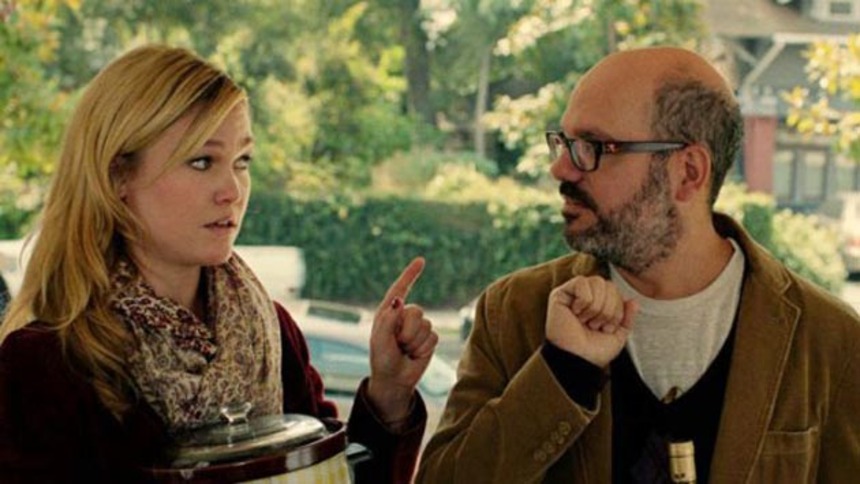 I hesitate to write anything more than a vague review because this is the type of film that is best seen without knowing anything about it. It begins with Tracy (Julia Stiles), and Glenn (David Cross) arriving at Emma and Pete Mandrake's (Erinn Hayes and Blaise Miller, respectively) house for a couples' brunch. Tracy and Glenn have only recently started seeing each other, which is immediately apparent. However, the three other couples have been friends for a long time. This sets up a fantastic dynamic for both comedy and insightful character study. And, that's all I'm going to tell you about the story.

This is a dramatic dark comedy. As mentioned in the interview I did with Todd Berger and David Cross (which you can read here), there is very little plot in the traditional sense. Instead, the story is almost entirely driven by the characters' relationships and how they cope with one, singular, massive event that takes place. 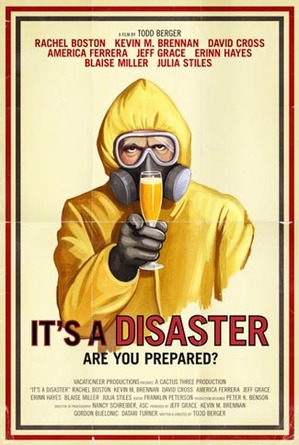 To give a comparison for the tone of this film, the closest reference I could think of is the film Tape, directed by Richard Linklater and written by Stephen Belber based on his play of the same name. They both have very comical moments that come from the characters, extreme issues that the characters must confront, and they both take place in one location, essentially in real time. If this sounds like something you could be into, then you will love this film.

I found the honest humor to be great fun to watch; half the time because I could relate (perhaps a little too much) to the awkwardness. The characters are grounded and feel like real people; eccentric people to be sure, but well within the realm of believability. Cross is cast as the straight man (something you unfortunately do not get to see him do very often) and he kills it. Using his comedic know-how, here he is remarkably reserved and instead offers just enough to enhance the more overtly comedic performances of his costars.

Across the board, the acting is superb because it seems so much like it's not being acted. These people feel like they are real friends (in many cases the actors actually are) and this allows the film to continually feel natural despite its more over the top situations. While the plot is minimal, there are actually plenty of twists and turns as you get to know the characters, their motivations, and their history. This keeps the momentum up and at an hour and a half, there is never a boring moment.

It's a Disaster was originally reviewed after its premiere at the 2012 LA Film Festival. You can read Alex Koehne's Interview with director Todd Berger and star David Cross from the same festival. The film is currently available on VOD and will hit screens in limited release from Oscilloscope Laboratories this Friday, April 12.

More about It's a Disaster