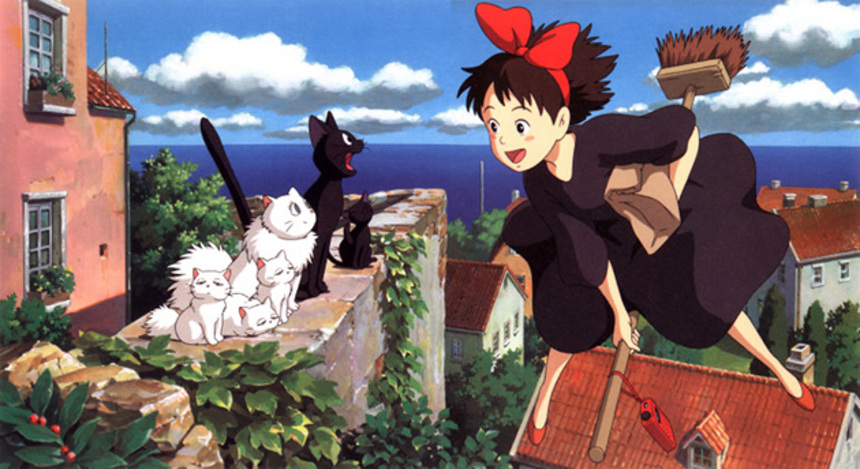 Before saying this out loud allow me to first point out that, at this point, the following is best considered a rumor and we have not been able to confirm it to the level we normally strive for. That said, the source is pretty compelling and the story itself is just so damn odd and unexpected that I can't imagine someone making it up if there wasn't something to it. And so ...

Twitch has been told that Ju-On and The Grudge director Shimizu Takashi - more or less the last man standing in the J-horror wave - has come on board to direct a big budget, live action adaptation of Studio Ghibli's popular children's fantasy animation Kiki's Delivery Service. Shimizu certainly knows a thing or two about supernatural females and cats but this features both in ways significantly different from his norm.

Not generally considered one of Miyazaki's essential works Kiki tells the story of a young girl, a witch, who leaves her family and travels to the big city on a mandatory year away from home to prove her independence, ultimately using her magical powers to support herself by operating a broomstick powered courier service. While it's not Totoro or Nausicaa or Laputa, very few things are, and Kiki is still pretty damn great. Miyazaki's 1989 feature was based on Kaidono Eiko's novel of the same name and has since also spawned a four volume manga and a stage musical.