Christopher O'Keeffe
Writer; London/Tokyo (@seven_cinemas)
Tweet Post Submit
Last night at a talk between directors Chris Weitz and Shimizu Takashi held by the US - Japan Film Academy as part of Tokyo International Film Festival, a short teaser trailer for Shimizu's just finished live-action version of Kiki's Delivery Service was screened. The film is based on a book by Kadono Eiko but was of course made famous in 1989 when Studio Ghibli adapted it into an animated feature film.
The director, known for his horror films, didn't go into to much detail on the movie but was asked about how he got offered the job:

"When I first got the offer I was really surprised as I'm always offered Horror movies. I thought, is the person offering me this mad!? Do you know what kind of films I make!?. I always get asked the strangest questions in interviews, Do you see ghosts!? That kind of thing. So why did they offer me this film!? I really felt a lot of pressure in making this film because of course it will be compared with the original animation."

The film is due to be released next year. You can see pictures from the Japanese flyer for the movie below. 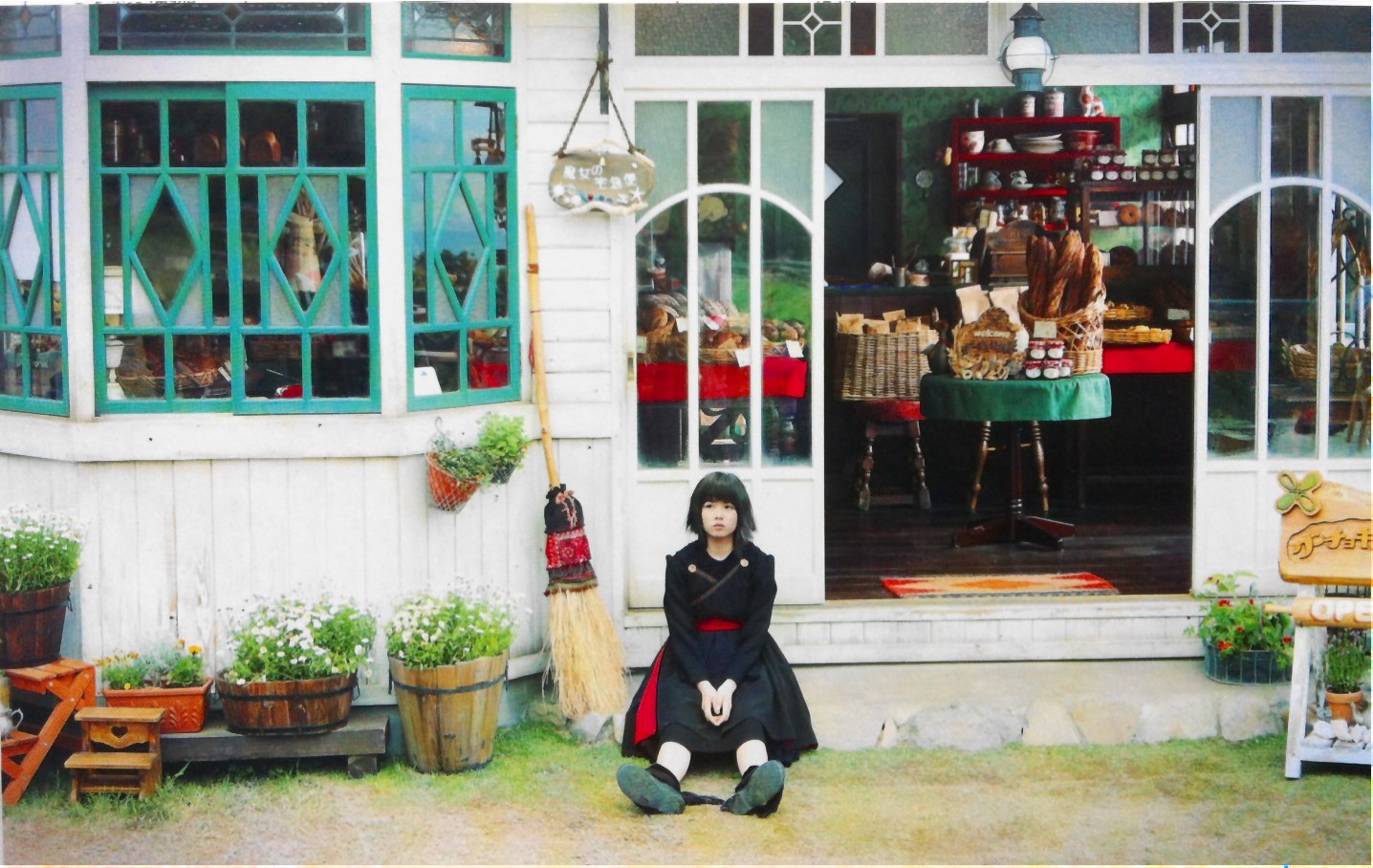 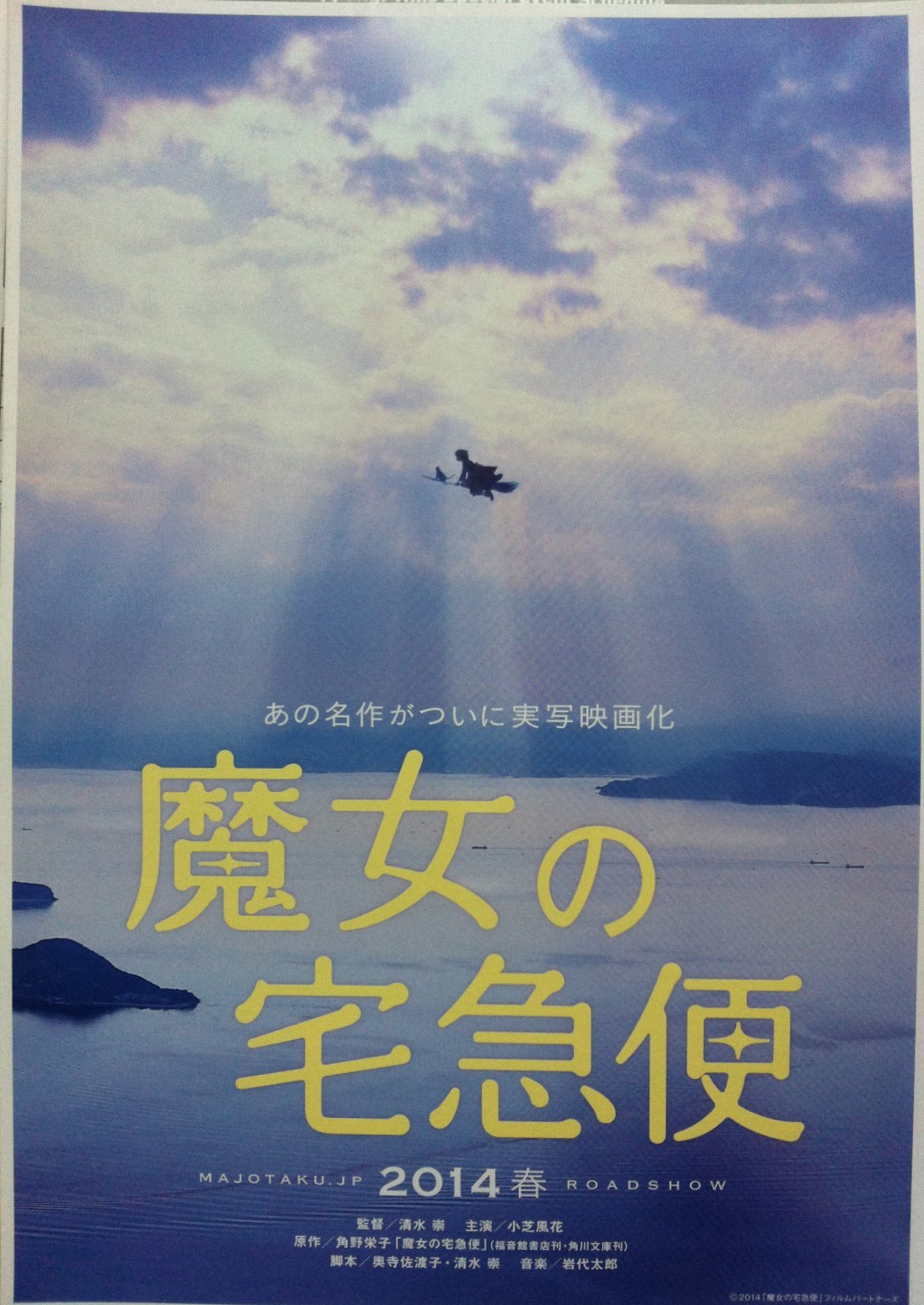 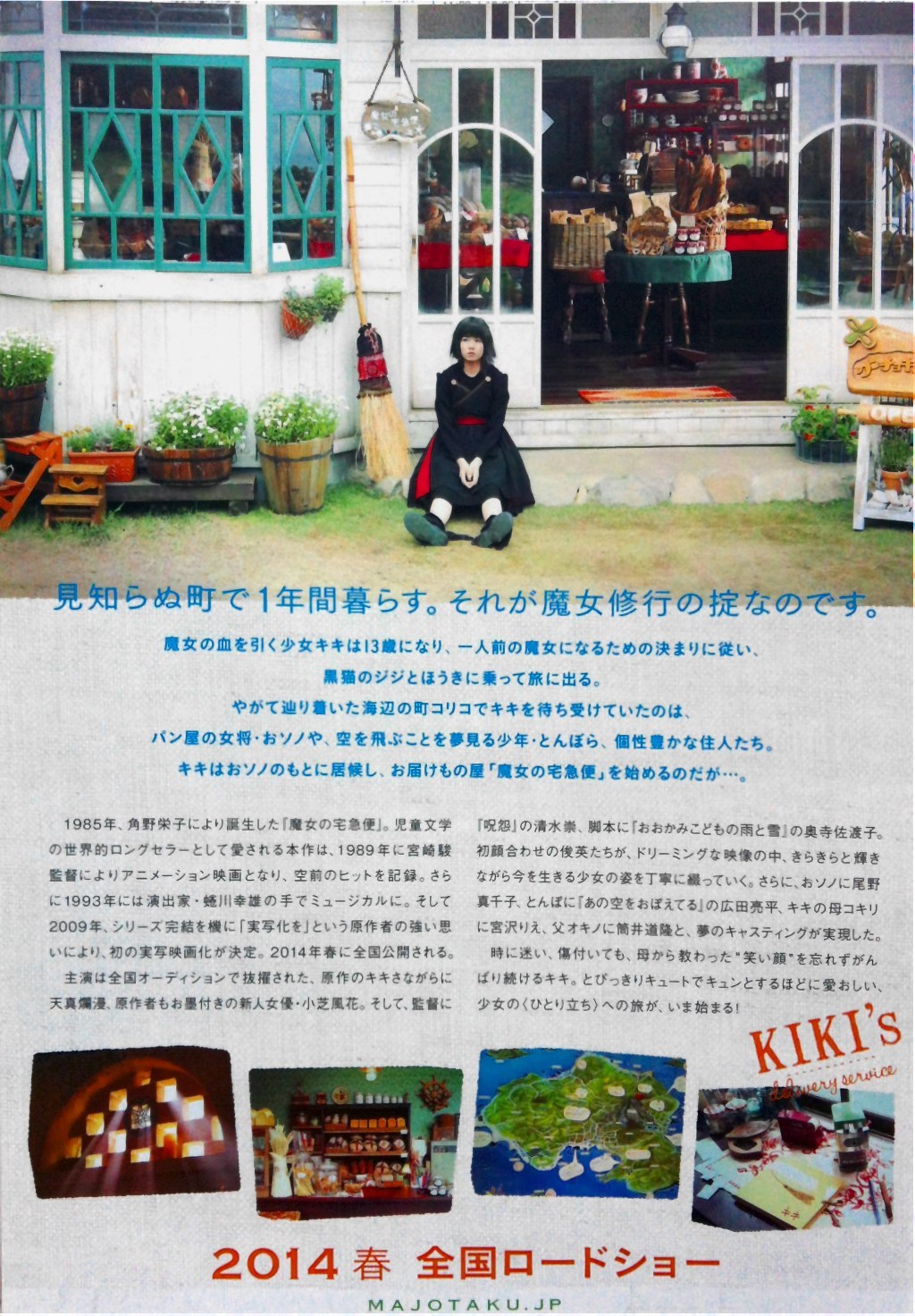 Do you feel this content is inappropriate or infringes upon your rights? Click here to report it, or see our DMCA policy.
JapanKiki's Delivery ServiceLive ActionShimizu Takashi