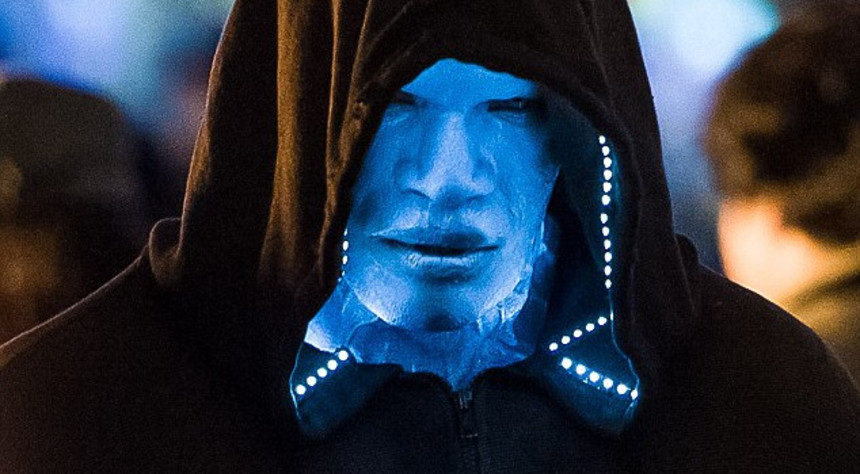 While Marc Webb's The Amazing Spider-Man kept things relatively simple on the villain front, playing things one on one between Spider-Man and The Lizard, things are looking a little more complex for the upcoming sequel. Chris Cooper is on board to play Norman Osborne, for one thing, which lays the groundwork for The Green Goblin. And Paul Giamatti is also in there, as a character believed to be The Rhino. And then there's the principal villain, Electro, as played by Jamie Foxx.

There have been at least a couple of significant variations on the Electro over the years and the question thus far has been which we're getting. Question answered. The Daily Mail have published a series of shots from the set of the film that show Foxx in full costume and clearly we're getting The Ultimate Spider-Man version, so no tights and lightning bolt masks here and you'll have no complaints about that from me.

Click here to check 'em all and let us know what you think.

Do you feel this content is inappropriate or infringes upon your rights? Click here to report it, or see our DMCA policy.
electrojamie foxxmarc webbthe amazing spider-man 2