Todd Brown
Founder and Editor; Toronto, Canada (@AnarchistTodd)
Sign-In to Vote
Tweet 0 Submit
The headline says it all, more or less. Marvel's second Captain America picture is now under way, the cast freshly bolstered by the addition of Robert Redford. And there the Captain is, walking on to set. You can click the image in the gallery below for a larger look.

"Captain America: The Winter Soldier" will pick-up where "Marvel's The Avengers" left off, as Steve Rogers struggles to embrace his role in the modern world and teams up with Natasha Romanoff, aka Black Widow, to battle a powerful yet shadowy enemy in present-day Washington, D.C.

Marvel Studios' upcoming release schedule includes "Iron Man 3" on May 3, 2013, and "Thor: The Dark World" on November 8, 2013. The studio most recently produced the critically acclaimed "Marvel's The Avengers," which set the all-time, domestic 3-day weekend box office record at $207.4 million. The film, which shattered both domestic and international box office records, is Disney's highest-grossing global and domestic release of all time and marks the studio's fifth film to gross more than $1 billion worldwide.

In the summer of 2008, Marvel produced the summer blockbuster movies "Iron Man" and "The Incredible Hulk."  "Iron Man," in which Robert Downey Jr. originally dons the Super Hero's powerful armor and stars alongside co-stars Terrence Howard, Jeff Bridges, Shaun Toub and Gwyneth Paltrow, was released May 2, 2008, and was an immediate box office success. Garnering the number one position for two weeks in a row, the film brought in over $100 million in its opening weekend.  On June 13, 2008, Marvel released "The Incredible Hulk," marking its second number one opener of that summer. 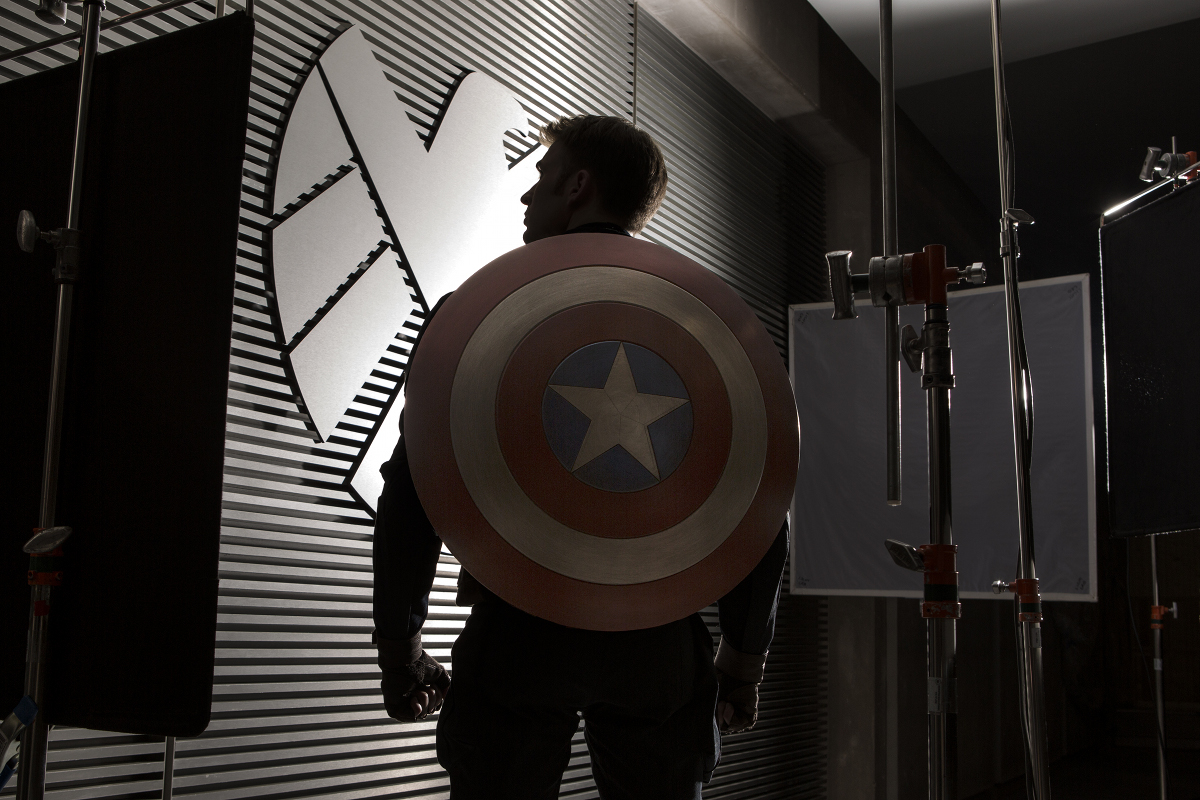 Do you feel this content is inappropriate or infringes upon your rights? Click here to report it, or see our DMCA policy.
captain americachris evansmarvelsuperherowinter soldier

Awesome! Without a super-long origin story like in the first film, we can finally see Captain America do more parkour, shield-throwing, and bark orders!

Jk, I love Captain America. He's my favorite superhero, right up there with Batman!