Brussels 2013: TRAP FOR CINDERELLA Is A Sexy Throwback To Suspense Films Of Yesteryear 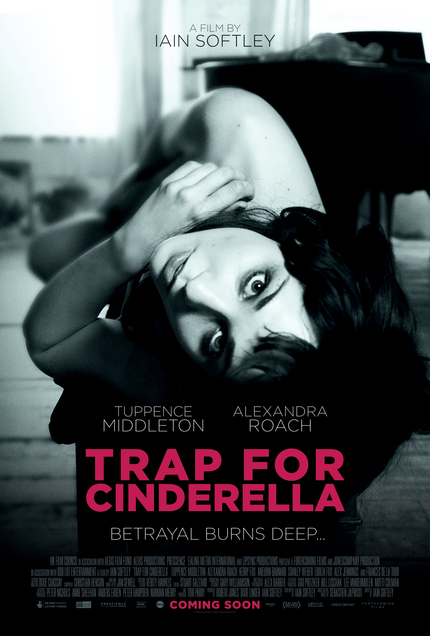 Iain Softley's Trap For Cinderella harks back to elegant, suspenseful mysteries like Vertigo and Diabolique. In the shadow of those films, it's not particularly groundbreaking, but it's so stylish, intriguing and well-made that innovation hardly seems necessary. After all, the old adage warns us not to fix things that aren't broken, and Softley complies admirably. Were it not for a couple scenes involving cell phones, some pop songs, and the film's fairly copious amount of nudity, it'd be easy to mistake the movie for a lost, sleeper gem from the 60's. Alex Barber's excellent, desaturated 35 mm photography only adds to the retro feel. It's a deft, remarkably assured work, and certainly not the type of film I expected from the director of K-Pax.

The film begins with a spectacular explosion at a mansion in the South of France, complete with a flaming body flying out the window. This flaming body belongs to Micky, an heiress set to receive her rich aunt's entire estate when she turns twenty one in the near future. When she regains consciousness, she has complete amnesia; not just about the event, but about her entire identity, including her friends, family and childhood. With the help of her deceased aunt's personal assistant, she gradually learns about her former life, which apparently included relentless debauchery, numerous lovers and a close (maybe too close) friendship with a girl named Do. When she finds out that Do died in the fire, she searches the apartment the girls shared and finds her dead friend's diary, the contents of which makes things considerably more complicated. I won't go further with the plot, and I suggest avoiding anything, including trailers, which might. Suffice to say that obsession, sexuality, identity, murder and, of course, that fortune that Micky's set to inherit all come into play.

Perhaps part of the fact that the material recalls the classics so directly has to do with the source material, a novel by Sébastien Japrisot, the story of which feels like it would have been ripe for adaptation in the 50's and 60's when thrillers based around identity, obsession and lucrative murder plots were all the rage. And yes, in fact, it was was made into a French film by André Cayatte in 1965. I can't speak to how the two compare, but I can't imagine a stronger cast than Softley's. British beauty Tuppence Middleton plays Micky with the perfect balance of lightness and volatility to bring to life her intoxicating train-wreck of a character. Alexendra Roach goes even deeper as Do, veering from sympathetic vulnerability to creepy obsession with ease. Despite their youth, both women channel an elegance and class usually absent from modern thrillers, and their chemistry gives the second act of the film an emotional depth that's necessary to maintain our suspension of disbelief when all the cards are laid out.

And, as is often the case with these sorts of thrillers, there is a level of disbelief suspension necessary to enjoy the film. The film's biggest problem is that Softley probably should have thought through the way he sells the film's central twist more. As it is, I suspect that more critical viewers may cry foul, and I also suspect they will be right. Personally though, I was so taken in by the style, performances and well-executed structure to give it much thought. As in the best thrillers, there's far more to appreciate here than the final reveal.

Do you feel this content is inappropriate or infringes upon your rights? Click here to report it, or see our DMCA policy.
BIFFFBrussels International Fantastic FestivalTrap For Cindarella