By The Beard Of Zeus! Harrison Ford Joins Cast Of ANCHORMAN 2 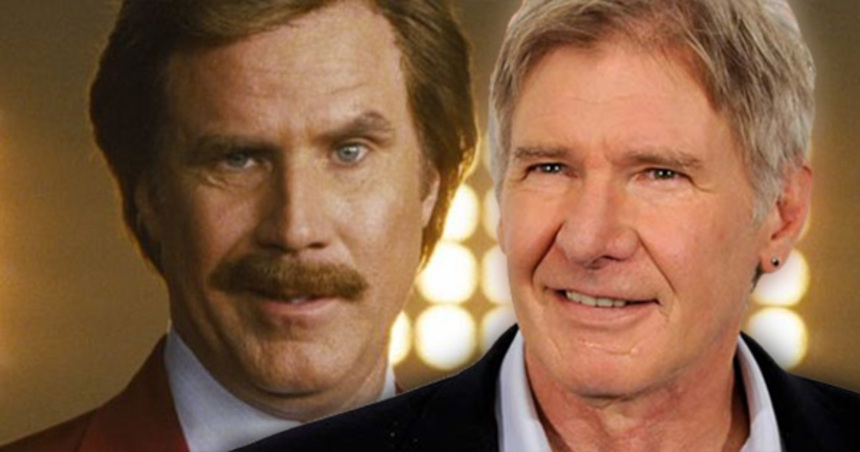 As if the much anticipated film couldn't get any better, Harrison "Indiana Frickin' Han Solo Jones" Ford has joined the cast of Anchorman 2, which is already filled with the returning Will Ferrell, Steve Carell, Paul Rudd, and Kristin Wiig, with loads of rumours still floating around about the rest of the cast, including debate about whether Christina Applegate is coming back.

The Hollywood Reporter says that Ford will play a "legendary newscaster," something with a Tom Brokaw-ian vibe, which I frankly think HF will pull off magnificently.

As per the original film, they said of Burgundy that "he had a voice that could make a wolverine purr and suits so fine they made Sinatra look like a hobo." Well, methinks that Ford's character might just give Ron a run on the smelling-like-rich mahogany front.