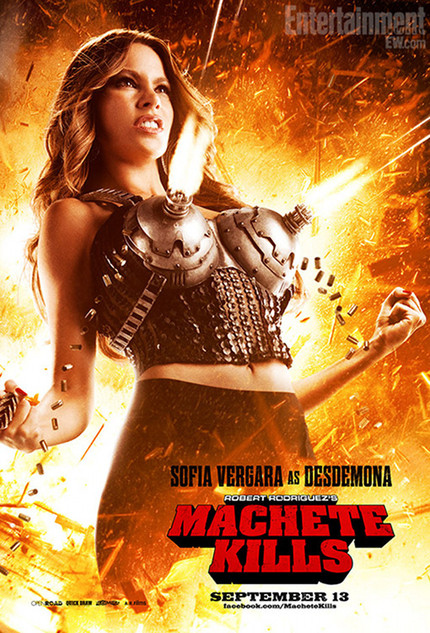 There's no denying one thing: Robert Rodriguez understands his audience. Or hge at least understands what audience he wants to attract. Case in point, the new character poster from Machete Kills featuring Sofia Vergara as Lady Desdemona.

Prepare for the epic return of Danny Trejo as the ultimate badass in Robert Rodriguez's highly anticipated MACHETE KILLS.  Recruited by the government for a mission which would be impossible for any mortal man, Machete must take down a madman revolutionary and an eccentric billionaire arms dealer who has hatched a plan to spread war and anarchy across the planet.

Do you feel this content is inappropriate or infringes upon your rights? Click here to report it, or see our DMCA policy.
Danny Trejomachete killsrobert rodriguezsofia vergara