Trailer For GHOST IN THE SHELL: ARISE 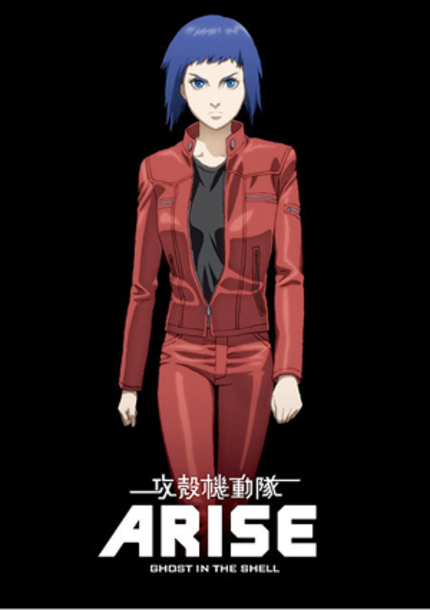 Staff at Production I.G. made an announcement today regarding one of their latest projects, Ghost in the Shell: Arise, an anime franchise that needs no introduction, I am sure. Along with their announcement, they also released a trailer, which you may watch below. Arise will consist of four 50 minute parts and fans in Japan will get their first look this summer.

The first part, "Ghost Pain," will run in Japanese theaters for two weeks starting on Saturday, June 22. There will be advance Blu-ray Disc copies with a bundled scenario book available at participating theaters for 8,000 yen (about US$85). There will also be paid streaming of the project, at least in Japan.

The general retail release of the first part's Blu-ray Disc will be on July 26.

Writer Tow Ubukata confirmed during the broadcast that the show will be a prequel series featuring Motoko when she was younger.

So for those willing to tough it out, a likely pricey Japanese Blu will be coming out. We'll let you know what the specs are when those details are released. We'll also pass along word if any local distributors pick up the project. In the meantime, the trailer is below, and for those of us who are gaijin and do not speak a lick of Japanese, a translation of the title text in the trailer has also been provided.

Her name is Motoko Kusanagi.

Hope for the Future

What is the proof of my existence?

It all begins here.

Interesting bit of trivia: The voice actress cast for the role of Motoko is Maaya Sakamoto. Back in 1995, she was the little girl who spoke the last line in the first GitS movie.
Tweet Post Submit

Do you feel this content is inappropriate or infringes upon your rights? Click here to report it, or see our DMCA policy.
CyborgGhost in the Shell: AriseMokoto KusanagiProduction I.G.

More about Ghost In The Shell: Arise