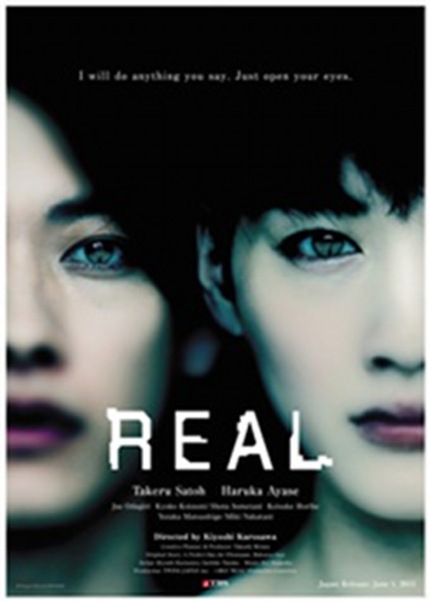 Fans of Kurosawa Kiyoshi, take note. The acclaimed Japanese director's next has landed itself a far more straightforward international title - switching from the cumbersome A Perfect Day For Plesiosaur to Real - and a June 1, 2013 release date in Japan.

Koichi and Atsumi are lovers who have known each other all their lives. A year ago, however, a suicide attempt by Atsumi left her in a coma. Through 'sensing', a type of neurosurgical procedure allowing contact with the intentional aspect of a comatose patient's mind, Koishi tries to find out why Atsumi tried to kill herself, and to bring her back to consciousness. He enters her subconscious, and is told to find a picture of a plesiosaur she drew when she was a child. It turns out that a childhood incident buries in their past will bring their minds together.