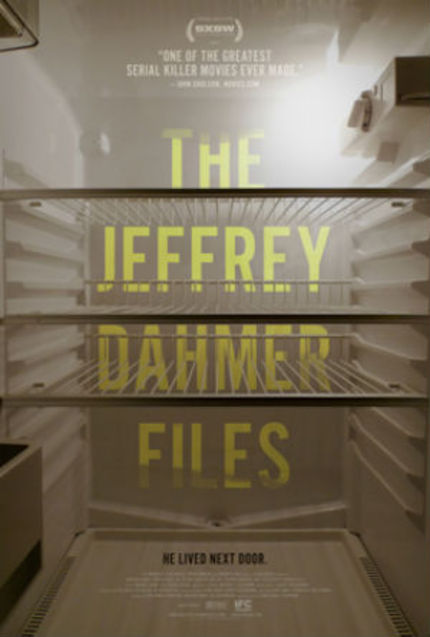 Want to know how to make a barrel look frightening? Put it in the hands of a notorious serial killer.

We're proud to premiere the trailer for The Jeffrey Dahmer Files, which debuted last year at SXSW. Our own Scott Weinberg opined that the film "whittles a massive, disturbing story down to its essence. ... From the memories, insights, and anecdotes of Pamela Bass, Pat Kennedy, and Dr. Jeffrey Jentzen, we learn all we need to know about Dahmer's repulsive activities. If you're looking for a documentary that focuses on Dahmer's childhood, his psychoses, or the media frenzy surrounding his arrest, look elsewhere. This film is, to its credit, focuses mainly on the days before and after the cannibal's arrest."


What drives a seemingly mundane man to commit a series of acts so heinous that it captured the attention of a horrified nation? In the summer of 1991 Jeffrey Dahmer was arrested in Milwaukee and sentenced to 957 years in prison for killing 17 people and dismembering their bodies. The Jeffrey Dahmer Files explores this Midwestern city by meeting those surrounding Dahmer during and after his hidden spree. Recollections from Milwaukee Medical Examiner Jeffrey Jentzen, Police Detective Patrick Kennedy, and neighbor Pamela Bass are interwoven with archival footage and everyday scenes from Dahmer's life, working collectively to disassemble the facade of an ordinary man leading an ordinary existence.

Directed by Chris James Thompson, the documentary will receive a limited theatrical release in the U.S. on February 15, and will also be available via various Video On Demand (VOD) platforms. Watch the trailer below, in which the aforementioned barrel makes a chilling appearance.

"Want to know how to make a barrel look frightening? Put it in the hands of a notorious serial killer."
Poor Jeffrey Dahmer......he just wanted a friend....of course killing people and then trying to make zombies by pouring acid into freshly drilled holes in their heads is just crazy.......nice trailer thanks Mr Martin.