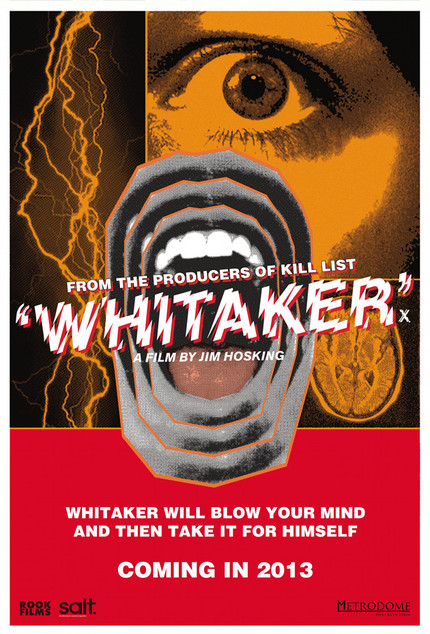 If you have roamed the pages of ScreenAnarchy for any length of time then you should be well aware of my personal, deep, and abiding love for the work of one Mr Jim Hosking. Sundance selected for his short film Renegades, Hosking is - to be blunt - a weird one. But weird in the best possible way. Hosking's short films and commercial work positively ooze with his unique sensibilities and often bizarre, always absurd humor. I'm fond of enough of the man's work, in fact, that I once declared an entire week dedicated to Hosking and his work here at ScreenAnarchy - posting a new piece every day - which is the only time we have ever done this for any filmmaker, period.

Regular readers will also be well aware the high regard we have for one Ben Wheatley, the iconoclastic director of Down Terrace, Kill List, Sightseers and the upcoming A Field In England. Wheatley is also a weird one in the best possible way, which is why I thought to myself a while back "Hey, these guys should know each other." So I introduced them. And in a positively bizarre example of things working out as well as humanly possible, Hosking and Wheatley have joined forces for the upcoming Whitaker.

Helmed by award winning commercials director Jim Hosking, described by Metrodome's Jezz Vernon as "a unique and outrageous talent, the type you don't stumble upon very often, we are beyond excited to be working with him.

Film is currently casting for a June shoot.

This should be exceptional. The brand new artwork - just launched at the European Film Market - certainly is. Check out Hosking's Renegades along with one of my personal favorites of his commercial work below.

Do you feel this content is inappropriate or infringes upon your rights? Click here to report it, or see our DMCA policy.
ben wheatleyhorrorjim hoskingkill listsightseerswhitaker