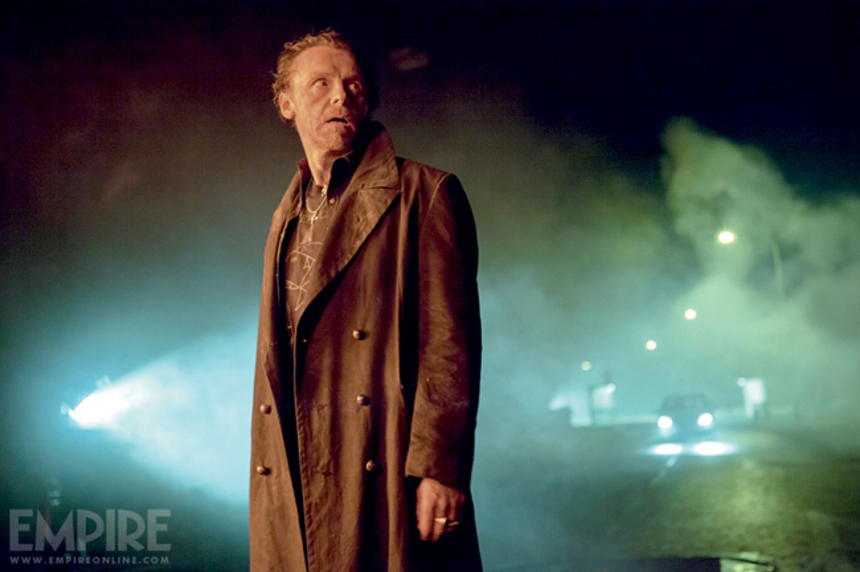 Two new images have shown up over at EmpireOnline for Edgar Wright's final installment of his Coronetto Trilogy The World's End. Of course this movie would not be possible without his usual partners in crime, Simon Pegg and Nick Frost. The first image above is Simon Pegg as Gary King, the man who has gathered his mates together to attempt an epic pub crawl one more time.

One last time it would seem.

The second image is of the lads, likely taking in their first pint of the night as they all appear to be standing with complete muscle control. Notice Freeman's pinky. Dainty. After the image Empire was kind enough to give us a brief description of everyone's character. 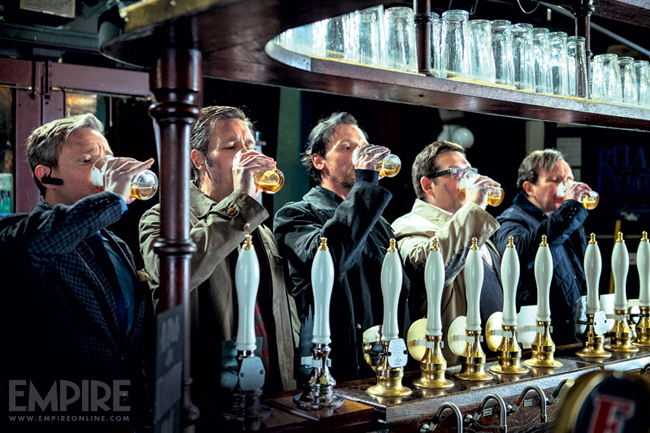 And another point of interest is this tidbit at the end of the article. There's 12 pubs on the gang's crawl, culminating in The World's End. "When you've seen the film, you'll be able to relate each pub name to what happens inside," explains Pegg. Which leads us back to one of the posters to speculate as to what that can mean... 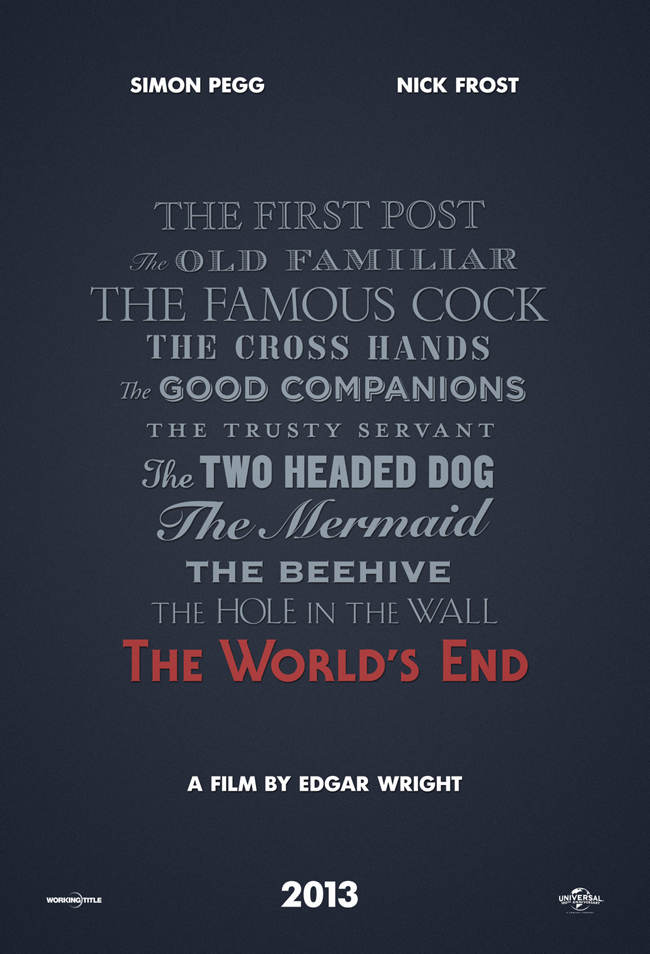 The Two Headed Dog? The Mermaid? The Beehive? The Hole in the Wall? All ending with The World's End? How progressively worse can the end of days get? And who has the famous cock? We'll know later this year.
Tweet Post Submit