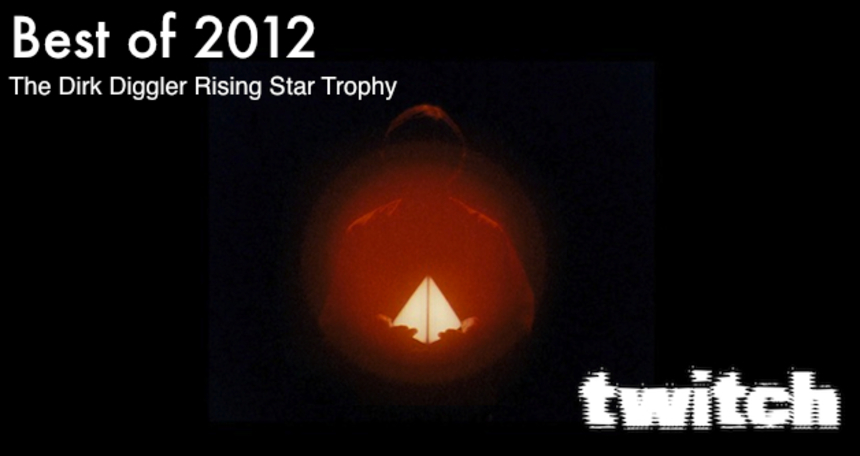 In 2012, the ScreenAnarchy family has grown even more global. With a line-up of contributors that stretches right around the planet, we've had the means to see a huge proportion of the new films that have emerged in the past 12 months from some of the world's most far-flung regions - and we want to tell you all about them! Whether they be the ones we love, the ones we hate, or all those that fall somewhere in between, we want to share.

I'm gonna throw a curve ball in here and say Max Porcelijn, the writer-director of Plan C. It's a weird pick because it's not at all a splashy picture. And it's Dutch. But it's also a really, really sharp piece of writing that is incredibly well directed. Porcelijn picked up an award at Fantastic Fest for it and it got two more Dutch national film awards, yet most people will probably never know much of anything about it. But, trust me on this: Porcelijn has got a lot more in him and he's going to have a long career.

2012 was a good year for debut and sophomore features and it's pretty difficult not to give this trophy to Benh Zeitlin for Beasts of the Southern Wild, but I'm saving my praise for that film until later. Instead I'll give a nod to Brandon Cronenberg for his chilling and fascinating Antiviral. We're all fascinated to see what he does next (and to see how he stacks up against his ol' pa). 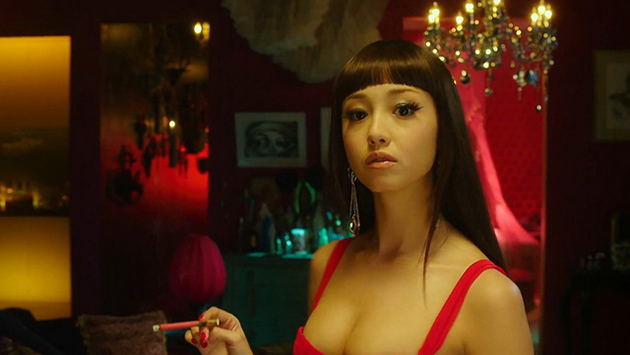 Technically already a very well-known and glamorous star for many years, I still feel that Sawajiri deserves this award for her incredibly narcissistic-psychopathic turn as Japan's number one pop star in the dark and confused ultra-visual Helter Skelter. Her character plays the other players against one another and she imbues her role with an incredibly dark charisma that is rarely felt on the screen. She retired from the film and modelling industry for more than five years, but returns triumphantly here, appropriate considering the grim and contemporary subject matter. Despite the director's meandering efforts and a sinking script, Sawajiri keeps the proceedings interesting and enhances the entire film with her bizarre role, making a fascinating statement about pop culture, celebrity and modernity in a shallow and harsh world. Given the extremely ridiculous things that happen in the film, Sawajiri embraces them with a sincerity that makes each reveal and plot twist seem justified.

I was going to go with Brandon Cronenberg for Antiviral, but he was so obviously influenced by his father that I decided to go with Cosmatos, based on the sheer visual wonderment on display in his creepy debut. Who cares that it was slow as crippled molasses and didn't make a lick of sense? It was a glory to behold. Plus, it didn't seem to be influenced by daddy, whose films include Cobra and Rambo. Not that it would have been a bad thing.

I think Diggler himself would approve of me nominating the entire cast of The Paperboy for this award. The ensemble itself is kind of jaw-dropping if you take a second to think about each of them: Zac Efron, Nicole Kidman, Matthew McConaughey, David Oyelowo, Macy Gray and John Cusack. The only thing these people really have in common is that none of them have ever done a movie quite like The Paperboy. Maybe nobody has.

In any case, their un-wavering commitment to the increasingly lurid and flat-out ridiculous material gave the film its wacky pulse and plays perfectly into the Lee Daniels' style, which refuses to coddle the audience or even follow its murder-mystery set-up to its conclusion. If even one of the actors had been at all shy or self-conscious it would have sunk the film. As it stands though, everyone pitches in to help create a singular, enjoyably sleazy oddity that functions on a rare level where adjectives like "good" and "bad" are completely irrelevant.

That all of the roles were over-the-top and risqué enough to be potential career-killers makes the cast's commitment that much more admirable.

Ten years from now we may be talking about Rian Johnson the way we now talk about Christopher Nolan. Time will tell if he's got more in him, but Looper firmly established him among the top-tier talent. 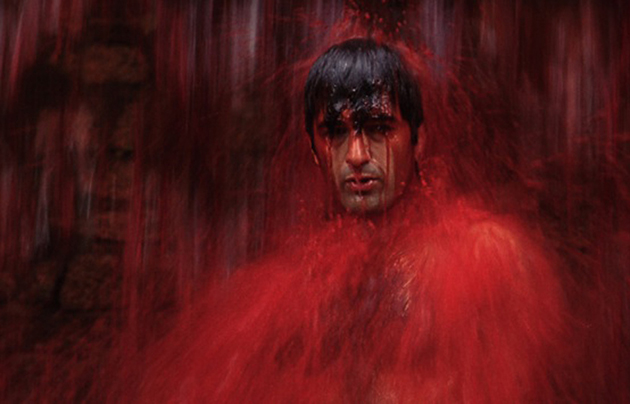 Make no mistake, it was gratifying to see Gareth Evans attain breakout success with The Raid: Redemption, and to discover the new talents behind something as original and audacious as Resolution (both of which, full disclosure, have been represented by XYZ Films, ScreenAnarchy's parent company). Yet if I had to name the single standout talent that seemingly came out of nowhere to blow me away, it would have to be writer-director Kleber Mendonça Filho.

Although that raw talent may be evident to anyone who watches Neighboring Sounds, what's not so obvious is the Brazilian filmmaker's versatility. In this, Mendonça's first narrative feature, he proves himself skillful at a range of dramatic modes and with a wide cast of characters. (In fact, if you told me he's next making a crime flick, romantic tragedy, absurdist comedy, or even a period drama, none of these would surprise me.) More impressively, everything feels of a piece, not the result of trying to style a self-conscious calling card or an ostentatious "ensemble" piece. Each scene is designed and executed pretty much flawlessly, with the camerawork, acting, staging, and editing all clicking. And then every one of those individual scenes and storylines fits together to form the ambitious mosaic of city life to which Neighboring Sounds aspires. Oh, and of course the sound design is brilliant, too, as befits the title.

Gradually anxiety and dread begin to grow, to loom. The emphasis that today's communities put on security eventually comes to undermine itself, so that we're left with the sense that perhaps we shouldn't even trust those whom we need to trust... and therefore probably shouldn't trust ourselves. So, sure, noted filmmakers have often turned first to wringing universal truths from the neighborhoods they know well. Mendonça, however, appears to be anything but a beginner. 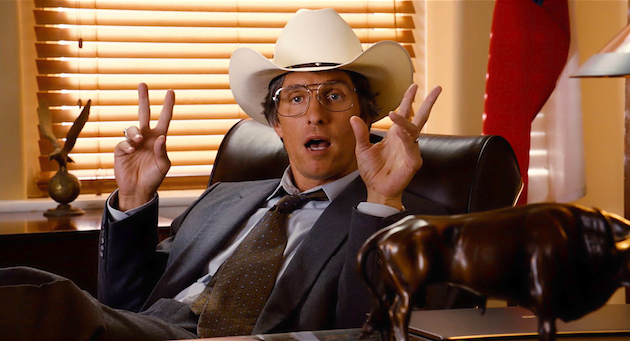 The Year of Matthew McConaughey (various)

Hardly a coming out party for the actor, who has gone through multiple phases of an active career, from indie character work in the early 1990s to blockbusters in the late 1990s, followed by a dreadful rom-com era, recently McConaughey has re-invented himself as a character actor par excellence (hints of which go back to his high-school douchebag in Dazed and Confused and his axe wielding maniac in Reign of Fire). But for outright quality, 2012 was McConaughey's year, both on the festival circuit and at the multiplex. Bernie, Killer Joe, Magic Mike, The Paperboy, and the Cannes-only release of Jeff Nichol's Mud all showcased the versatility and charm of an actor that might very well have been written off after the one-two punch of Sahara and Tiptoes.

A pair of Indian filmmakers really impressed me this year for different reasons. The first is the above-mentioned Karan Malhotra, director of Agneepath. His film, while a remake in the loosest terms, outshines the original by a large margin. It is the most intense Hindi film of the year, and I fucking loved it and hope that Malhotra has many more like it up his sleeve.

The other is Ashim Ahluwalia, the director of festival favorite, Miss Lovely. This film was the toast of Cannes, SAIFF, and the Mumbai Film Festival, and also among my absolute favorites for the year. This is the film I was hoping that Berberian Sound Studio would be. Ahluwalia is a documentary director, but his feature debut is remarkably confident and really gets me excited to see what he gets up to next.

Suzuki Taichi's low budget debut The Brat! is the story of frustrated wannabe filmmaker and his struggles to make a cinematic masterpiece, in the shadow of his better-looking but less talented contemporaries. A romantic comedy that ventures into some pretty dark territory, or an angry coming-of-age drama bolstered by a winning comedic performance from lead actor and stand up comedian Konno Hiroki, this was my biggest discovery of 2012 and deserves a much wider audience than it has garnered to-date. Suzuki, as well as both leads - Konno and the adorable Tashiro Sayaka - all show incredible promise here and I can't wait to see what they deliver next.

While there were a lot of names that came to mind for this category, Carlen Altman rings in my ears like few others. I've been describing her to people as Steven Wright's Jewish daughter, which makes no sense and also perfect sense (hammy surrealism for the win). As J.R., one half of The Color Wheel's road trippin' sibling duo (the brother half is played by her co-writer and director/producer Alex Ross Parry) Altman is intensely painful and hilarious to watch, hitting a pitch-perfect tone between salty, spiteful sarcasm and bravura, hard-defense deadpan. J.R. wears a mask of pathetic irony and disillusion in her desire to become a broadcast journalist, something she clearly knows nothing about. She and her brother Colin's bizarre little journey across the northeast ends in a radical stripping away of identity, only to reveal a much larger, and perhaps even more frightening identity crisis underneath: the reveal of your truest self; perhaps a tabula rasa. Throughout all of this Altman is both victim and victimizer; an ineffectual asshole, a shallow and petty bitch; vulnerable, apathetic, witty and yes, even in all her horribleness and confusion, sincere and giving. In a film full of gnarly contrasts, she is an anchor and a compass. It's enough for me to say, "Ooh la la, give this girl her own cable-network sitcom."

This year Tsukamoto Shinya released Kotoko, a film which is in my opinion one of his best. One of the main reasons why the film works is because it rests totally on the brittle shoulders of Japanese singer Cocco. Here she plays the title character, a woman with a terrible mental illness which makes her see illusions. These often take the shape of doppelgangers, evil doubles of people who are in the same room as her, prompting her to act violently in unjust defense. Cocco herself suffers from a similar affliction (thankfully in a milder version) but that does not take away from the fact that she is absolutely marvelous in this film. You fear for her while at the same time you fear her. You root for her while you want the men with the white coats to drag her away. And it's all due to Cocco's stellar, heartbreaking performance.

More about ScreenAnarchy Best of 2012